Why Cooking For Your Kids Always Ends In Chaos

I spend an hour rustling up a nutritional meal, but it only takes five seconds for all hell to break loose 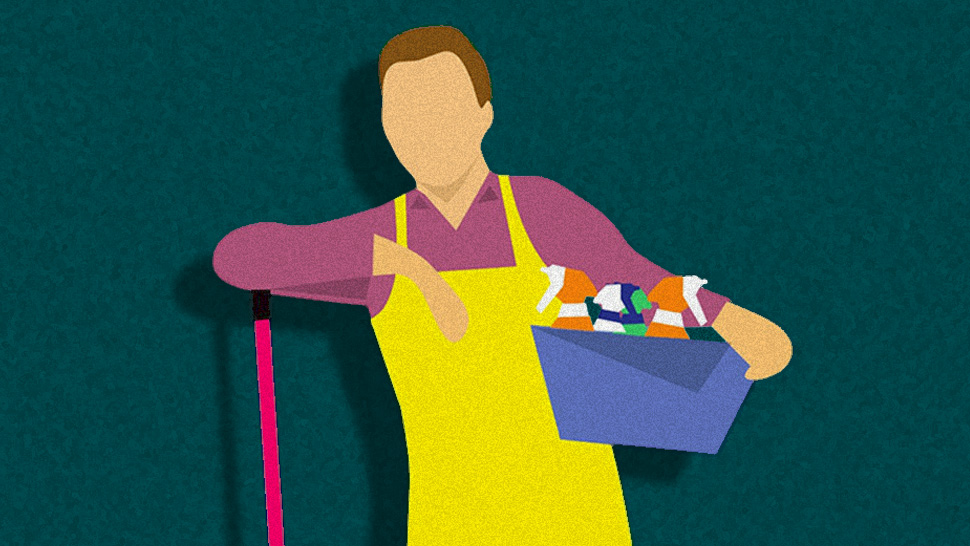 I like to think of myself as a reasonable man. Yes, I can be grumpy at times. And, yes, there are occasions where I become so overloaded with urgent tasks that I can be guilty of not giving proper weight to the needs of others. But, in general, I’d say that I have a relatively long fuse. Time and experience have taught me only too well that it’s fruitless to get upset about events that are out of my control.

Except for dinnertime. Dinnertime can roll itself up into a tiny little ball, set itself on fire and ram itself up its own stupid fucking arse. I hate dinnertime.

Here’s how dinnertime works in my house. It begins at 2:30pm, when I stop work to pick my oldest son up from school. I stand in the rain at the gates, getting colder and colder as I wait for him to run out of his classroom as fast as he can to greet me, only for his legs to mysteriously and completely seize up the instant that he has to start walking home.

After twenty minutes of relentless pleads, goads and threats, I somehow manage to propel my inert son all the way to my youngest son’s nursery, where I will be handed my son, his bag, his water bottle, whatever he happens to have made that day and, for some reason, my oldest son’s bag. Laden down, I stagger everyone back home, screaming the whole way for my oldest son not to run into the road.

We get in. I empty the bags of lunchboxes, get my oldest son to change out of his uniform, delicately change the nappy that my youngest son has managed to fill to the brim with red-hot shit during the journey home, make them a drink, give them a snack and navigate the minefield that is choosing them a YouTube video that won’t autoplay to a graphic scene of close-up vivizection.

And then I cook dinner. I cook dinner every night with the same amount of care. I consider the ingredients to use. I consider the nutritional value of the dish. I try to introduce new flavors and textures to my sons’ palate wherever possible. I agonize over the presentation, making sure that whatever I cook is inviting and fun and easy to eat. I time all the elements to come together at exactly the same time every day, giving my children and my wife plenty of time to finish whatever they’re doing and come to the table so that we can all eat the same thing together, as a family.

And then five seconds later I will lose the will to live. “THIS IS NOT MY FAVORITE” the oldest one will shout, nudging the plate away from him. “I DON’T LIKE IT” the youngest one will add, bursting into tears like Little Lord Fucking Fauntleroy.

“But I cooked this for you”, I’ll tell them. “I work every day to make money so that I can buy you food. Then I spend an hour a day cooking that food, running backwards and forwards into the living room to make sure that you’re OK, so that you can eat it and have enough energy to live. Please be considera…”

“I DON’T WANT THIS ONE!” the younger one will cry, as the oldest one excuses himself to go for what will almost certainly be a ten-minute piss. And then my temper will start to fray. Because I know what I have to do. With the youngest one, I know that I have to fight a fork through the whirling limbs and oscillating head of total refusal, because I know that as soon as I land an atom of food on his lips he’ll realize that it’s dinner and not poison and eat the rest of it himself. With the oldest one, I know I will have to verbally instruct him to eat every single mouthful of food individually with a mounting sense of urgency, because that’s the only way to cut through his post-school spaciness. This is an act that will take more time than humanity is currently able to measure. Entire solar systems will explode by the time we’ve mutually agreed that he’s eaten enough to stop him from starving to death.

And then I collapse, three and a half hours after I started, hoarse and angry and destroyed by the knowledge that it’s all bound to happen again the next day. It’ll improve with time, because everyone does, and the knowledge of that is just about enough to push me through.

I love my kids—my love for them is so huge and all-encompassing that I sometimes don’t know what to do with it—but, my god, would it fucking kill them to eat something?

Read the Full Transcript of Miguel Celdran's Eulogy for His Brother, Carlos Celdran
All Photos
Comments
View As List