What to Expect When Visiting the Hinatuan Enchanted River

Don’t be a trapped tourist at this local destination. 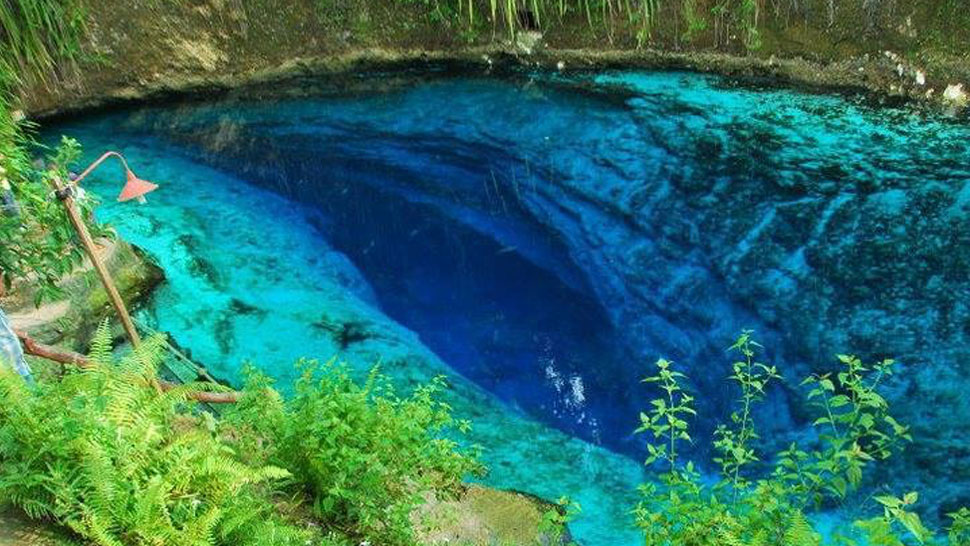 A single picture can form a thousand impressions, and the Hinatuan Enchanted River is one such picture. It is often found on social media with its captivating and scary deep blue water, often taken from a single angle, making us curious. Why are all the pictures alike and taken from the same angle? Are we missing something here?

Here are some very important details you might want to know before making a trip to the Hinatuan Enchanted River.

That’s the length of a city block. Forget plans of a long and winding trip on this river, because there wouldn’t be any. The Hinatuan Enchanted River is barely 300 meters long and opens up to an estuary where saltwater from the Philippine sea mixes with the spring water from the river.

The famous blue river seen in photos is just one small portion of the river.

Many blogs may have misled people into thinking the Hinatuan Enchanted River is the deepest in the country and that the whole stretch of the river is so deep that no one has ever seen its bottom. Have you ever wondered why tourists have the same angled shots of the Enchanted River? That’s because it’s the only deep portion of the river, which happens to be the opening of a cave. There is a platform on the riverbank where you can take a photo of this part.

You should also know that the local government has prohibited all visitors from swimming in the bluish main pool since 2017. However, it allows people to swim in one small section of the river.

Hinatuan Enchanted River is a four-hour trip from the nearest town.

It takes a whole day to reach this tourist attraction and spend a few minutes taking pictures of the deep portion of the water. Hinatuan is 140 kilometers away from Butuan City, which takes six to seven hours to travel by car (taking the bus could take longer). Meanwhile, it is 262 kilometers from Davao City, which takes up to seven to eight hours of traveling on the road. Heading back to these cities takes the same amount of time.

Before deciding a trip to the river, consider the travel time going to and from the site. You also don’t want to spend so much time in the river because the trip back to the city will be longer. There are no lights on the road going back, which makes it more dangerous.

There are no establishments near Hinatuan.

The Hinatuan Enchanted River has no establishments near it where you can buy your essential needs such as medicines, water, or food. You need to bring food for your long trip on the road, especially since the travel time going to and from the place can easily take 10 hours. The place is so remote that you need to go through a forest to get there, but it is accessible via a dirt road. Plan your trip accordingly, especially since you’ll be traveling for most of the day.

It’s a 530-meter hike through the forest before reaching the river.

Once you get to Hinatuan, you have to park over half a kilometer away from the river and hike all the way up to the site. If hiking is not your thing, you can rent a motorbike driver who will take you to the river for P300 (roundtrip).

How to go to the Enchanted River

The Enchanted River will take time to reach. It is far from major airports and cities. Only travelers who really want to visit this destination will make the effort.

There are regular flights from Manila and Cebu to Butuan City. Buy tickets months before your trip to get the lowest possible fare. Once in Bancasi Airport, board a multicab and alight at the Butuan Bus Terminal. Board a bus bound for Bislig and tell the driver you’ll get down at the Hinatuan Bus Terminal. Fare is around  P350 to P400 and the trip may take up to seven hours.

There are also vans traveling to Bislig. Ask the driver if they will pass Hinatuan before boarding. Fare is about P350 and the trip may take five hours. Once in Hinatuan, you can hire a habal-habal driver to the Enchanted River, which can cost up to P300 (roundtrip).

Alternatively, you can book a flight to Davao City en route to the Enchanted River. This route will take longer compared to going via Butuan. Once in the city, get on a bus going to Mangagoy from Ecoland Bus Terminal. The ride can take more than six hours. Once in Mangagoy, you can board a jeep to Hinatuan for around P40 (one way) or a bus for P55 (one way). You can hire a habal-habal to the river from Hinatuan, which can cost up to P300 (roundtrip).

P5: Entrance for kids below 4 feet

Excluding your food expenses, a trip to the Hinatuan Enchanted River can set you back P1,100 based on the items listed above.

Is it worth going to the Hinatuan  Enchanted River?

The Enchanted River is a potential tourist trap. It is not worth the time and effort to visit, if it is the only place you’ll go to in Surigao. It is better to include other destinations instead of making this your only stop. The following are suggested places to visit while you’re in Surigao.

Many visitors combine a trip to Tinuy-an Falls when they visit Enchanted River. The waterfall, which is 55m high and 95m wide, is worth the addition. Its majestic appearance will make you admire its beauty before taking a dip in its cool waters. It is easy to reach from Mangagoy. Just hire a habal-habal driver for around P300+++ (roundtrip) to take you to the waterfall. There is an entrance fee of P50.

If you arrive at Davao City en route to the Enchanted River, I suggest you spend a day or so exploring the city and Samal Island before or after visiting the river. There’s plenty to do and see on Samal Island such as Hagimit Falls, the bat cave, the beaches, and others. While in Davao City, visit the parks, the Philippine Eagle Center, and the museums.

About The Author
Joshua Berida
Contributor
Joshua is a thrifty traveller.
View Other Articles From Joshua
Get The Latest Updates From Esquire!
Subscribe to our newsletter!
Latest Feed
Load More Articles
Esquire Money 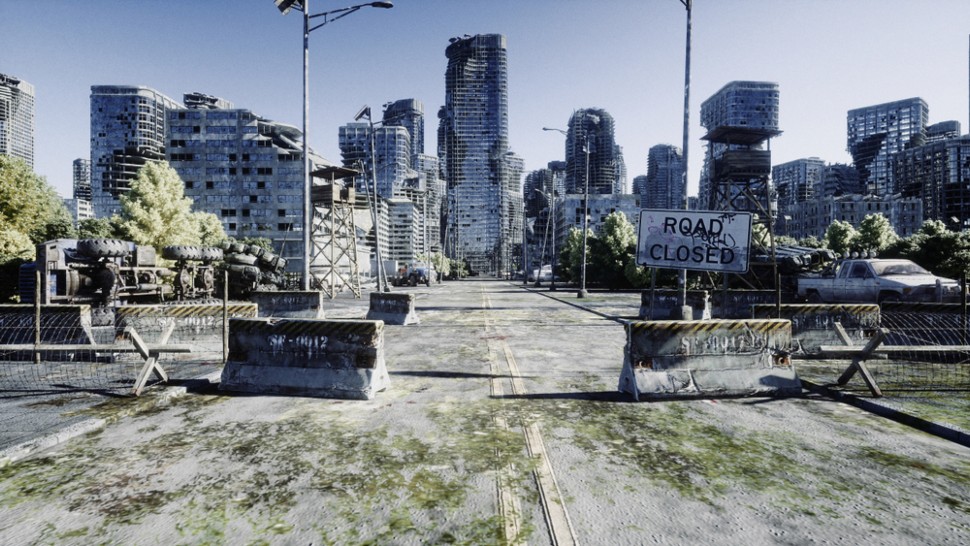 When the World Goes to Shit, Here's Where Scientists Say You Should Go 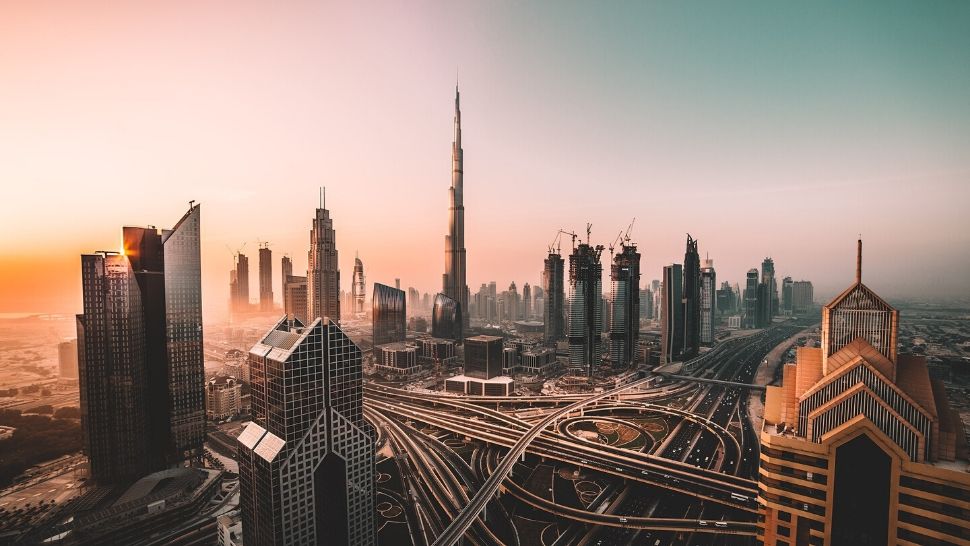