All hail the one-day emperor of the Philippines. 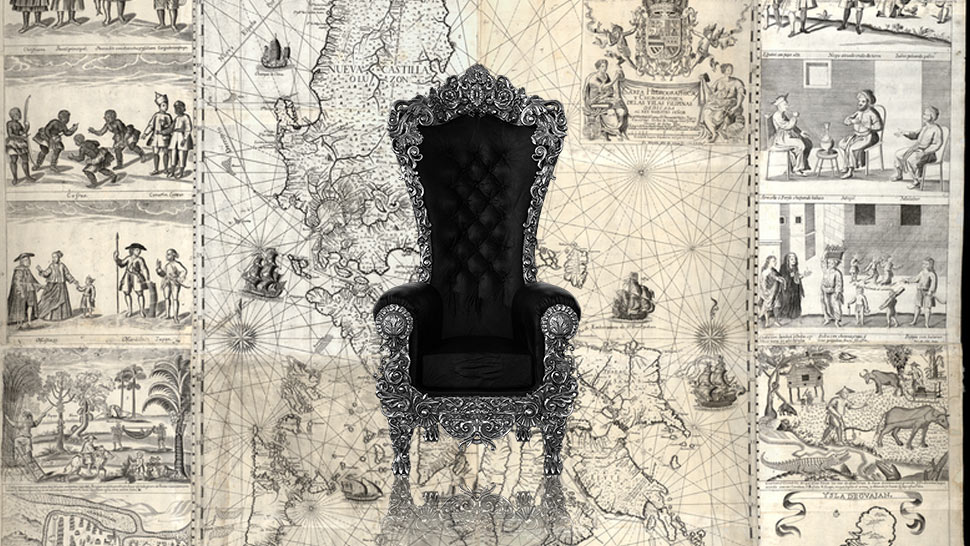 There’s no doubt that the first seeds of Philippine consciousness were only actualized in 1872, the same year as the mutiny in Cavite and the execution of Gomburza. It’s the cornerstone of our past, but in this episode of the lost footnotes of Philippine history, we explore the buried story of Andres Novales—the first and only emperor of the Philippines.

History is told in a way that sidelines the little people, leaving the blemished and uncomfortable stories behind. In an effort to promote unity and coherence, the nuances and complexities are diluted. So it’s to the surprise of no one that the name Andres Novales does not ring a bell, for he is neither included in the pantheon of heroes, or his feats to start the fire for freedom from Spanish colonizers.

Sketches from the 19th-century Philippines paint a humble, obedient picture of Novales. He was said to be born of a Creole (insular) lineage in 1800, and served the Peninsular War or the Napoleonic invasion of Spain when he was only nine years old. Rising through the ranks, he became a lieutenant at only 14.

As a young soldier, Novales witnessed it all: the chaotic Napoleonic Wars that left Spain in ruins and controlled by a French puppet, the subsequent dismantlement of the First French Empire, and the growing sentiments for freedom from empires. The years that followed in 1810 to 1824 saw the rise of many figures of the Latin American wars of independence, including Simon Bolivar, Jose de San Martin, and Francisco Costilla, among others.

It was only a matter of time before these tremors of revolution reached the Philippines—particularly through Novales, who viewed Spanish rule as outdated and repressive.

His status as a Creole or an insular made him effectively a second-class citizen, as the Peninsulars still had dominance over the ecclesiastical, civil, and military affairs of the colonies. Insistent on gaining the human rights that became more acceptable with the spread of radical ideas both in Europe and the colonies, he associated himself with Luis Rodriguez Valera, the figurehead of a small reform movement called the Los Hijos del Pais, the Sons of the Country. The organization advocated for social reforms that sought to break the feudal system, promote science and the arts, and curb the influence of the Catholic friars. But as we know, dissent attracts the eyes of the powerful.

In response to the increasing unreliability of the so-called insulars in the officer corps, the Spanish Governors decided to replace their ranks with Peninsulars, effectively shipping Novales and others to Mindanao to fend for themselves amid the annual raiding fleets of the Sulu Sultanate. Slipping away and reaching Manila secretly in 1821, Novales and his insular compatriots decided that the time had come to launch a coup.

High Culture: The Visayans Before Spanish Colonization Were Badasses

Initially occupying the city and even killing Mariano Folgueras, the former Governor and the one who proposed the replacement policy, they were able to entice 800 others to join their insurrection. They would eventually set off for Intramuros, the legendary citadel and the site of colonial power in the Philippines.

Along the way, Manila residents greeted and shouted “Long Live the Emperor!” to the acclaim of his comrades and associates—an ironic twist of fate as the so-called emperor wanted to stop overthrow empires altogether. Some could say that the cries for an absolute monarch indicated that Filipinos at that time weren’t totally ready for a revolution.

The fortress, under the command of his brother Mariano Novales, was expected to defect and side with the revolutionaries. But to their dismay, Mariano refused to hand over the keys and reiterated his loyalty to Spain.

The indecision of the plotters and Mariano’s refusal was capitalized by the Spanish, who sent their regiments of levies to arrest and crush the insurrection. Novales and the ringleaders were arrested and executed shortly after.

In a span of a single day, the putsch was quelled, and its sympathizers executed or banished.

The writer Nick Joaquin sardonically remarked that Novales died as a one-day Emperor. And he’s not wrong. The lack of coordination and the impotence of the ringleaders condemned the planned overthrow to failure. This was made worse by the narrow demands of the leaders and their espousers, who were more or less fighting for their own class interests, rather than the whole nation, which included the workers and peasants.

But looking back, you can’t deny that the mutiny or revolt was the closest that Spanish authority was challenged in the country at the time. Willingly or unwillingly, it contributed to the seeds of Spain’s eventual collapse as an empire as it’s said even Jose Rizal himself was moved by Novales’ story.

The Philippines would finally see a nationwide revolution in 1896, but infighting in its leadership foreshadowed that the rule of one colonizer would be replaced by another: that of the United States of America.

Joaquin, N. (1998). Manila, My Manila: A History For the Young. Makati, Philippines. The Bookmark Inc.