Religion and revolution go hand-in-hand, but just how much? 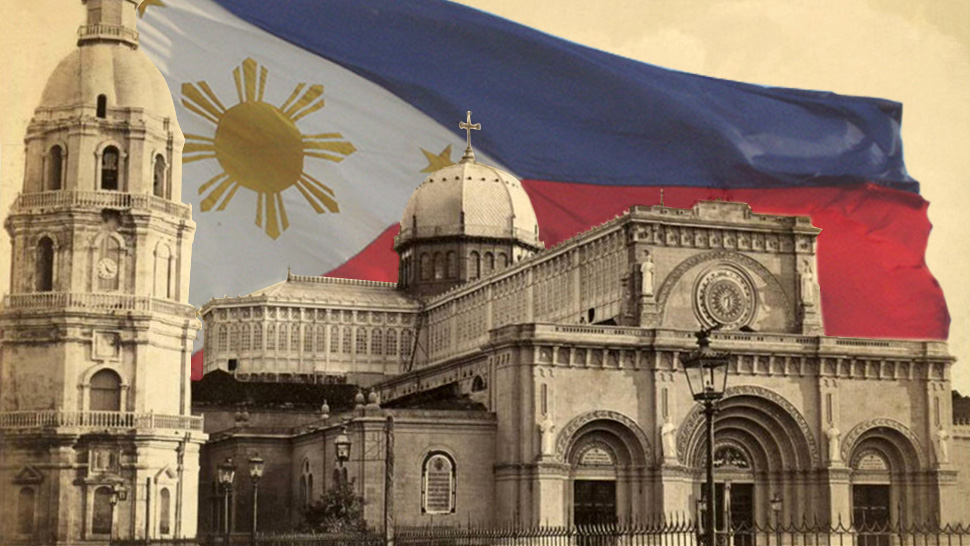 If we had to sum up Philippine history, it would be revolutions and Christianity. It seems that our history is an endless series of kneeling down to pray and taking up arms to fight. Sometimes, prayer and revolt go hand-in-hand. The EDSA Revolution really took form when Jaime Cardinal Sin called on the masses to take to the streets.

The role of the Church in shaping our nation goes far beyond guiding us spiritually. Let’s take a look back in history to see just how far it goes.

1| Church power during the Spanish Era

Within the National Museum of Fine Arts is a painting by Juan Luna depicting the aftermath of a bloody Roman gladiatorial battle: the “Spoliarium.” Across the mammoth painting stands another one, by Felix Resurreccion Hidalgo. It depicts an equally turbulent scene, with soldiers and priests crowding a man, stabbed and tumbling down a flight of stairs: “The Assassination of Governor Bustamante and His Son.”

Hidalgo’s painting is a perfect representation of Church power in colonial Philippines, which extended far beyond the realm of the afterlife and into tangible, political power. Governor Bustamante was assassinated and the Archbishop of Manila, Francisco de la Cuesta, took his place, governing for the next two years.

He would not be the last archbishop to take the reins of temporal power: In our history, four Governor-Generals were also members of the clergy, though the other successions were far less violent that this one.

In any case, the Church’s dominance of Filipino life was total and undeniable. A majority of land was owned by a religious order, and the spaces where people lived centered on the Church as its nexus. Culture was shaped according to Catholic tradition, from feast days to “traditional” concepts of morality and beauty, down to transformations of native culture to fit the Catholic mold.

Key to this was the religious notion of meekness. The Church taught the peasants  they were blessed because they were poor, and that it is better to accept this lot in life. Indeed, it was Christ-like to turn the other cheek and wait for redemption in Heaven.

It was from this concept of redemption that Filipinos took a new interpretation for the concept of religion. What Christ did was rebel against the foreign Roman Empire and defy the religious Pharisees. Turning the other cheek wasn’t Christ-like at all, they surmised. What was Christ-like was defiance and revolution.

In 1841, a 27-year-old Apolinario de la Cruz, also known as Hermano Pule, prayed with some 4,000 followers near the foothills of Mt. Banahaw. Known as the Aritao commune, the Cofradia de San Jose soon found themselves attacked and massacred by the Spaniards.

They had know this would happen, and they rejoiced. The strength of their will was strong; they believed heaven would come soon after.

Pule and the Cofradia de San Jose were involved in one of the more famous revolts in the long history of the country. They preceded the Katipunan in nationalist struggle, and Pule himself was an enigmatic figure who influenced thousands to join his cause. But more than influence, he managed to incite total zealotry in his adherents.

Pule’s Christianity was familiar and strange at once. It was an eclectic mix of folk tradition and doctrine, combining concepts of purity of self with the teachings of Christ. His core teaching was that through purity, the “old world” would die and a nobler one would take its place, manifesting itself through the cofradia.

This resonated deeply with the peasant class he preached to. They looked forward to a different kind of society where they would not be constantly oppressed by forces they did not understand. They believed in a place where salvation would not be an intangible concept found at the end of life, but readily attainable through purity of spirit.

3| Redemption from this unforgiving life

In a society where the majority experience a life of meager subsistence and constant suffering, it’s hard to fault people for looking for a way out. Escapism becomes the crutch of those who cannot stand. At some point, however, escapism becomes more militant, and the salvation becomes the impetus for tangible action.

Such was the case of the 1931 Colorum uprising in Tayug, Pangasinan. An intermediary between the similarly radicalized Guardia de Honor and the politicized Huk guerillas, the Colorums were born out of the same ideas as Pule’s cofradia; the name colorum itself comes from the mispronunciation of the Latin in their prayers.

But unlike the cofradia, which equated religious purity with the coming of a new world, the Colorums ascribed more agency to the temporal world. Their society was decidedly political, and the adherents agitated for equal redistribution of land and the recognition of the Iglesia Filipina Independiente as the supreme religious authority.

Taking cues from the religious Cofradia de San Jose and the patriotic Katipunan, the Colorums combined elements of religious subservience with enduring liberty in the face of American colonialism. The Catholic idea of salvation manifested itself as national liberation in all levels: agrarian, cultural, and spiritual. The landholding elite represented the “old world” that must be washed away to give way to a new one. The Roman Catholic Church and the imported Protestant ones were hurdles to the ascendancy of a true, Filipino Church. Liberation would come from all fronts.

Inevitably, the peasants of Tayug were crushed with prejudice. Theirs was not a revolution to be won. The press would deride them as peasants of low cunning, whipped into frenzy by a few charismatic brigands turned leaders, ignoring the political, spiritual, and ultimately, economic roots of unrest.

4| Religion feeds the forces of Revolution

In May of 1967, residents of Manila woke up to witness a bloodbath. Thousands of peasants from the Lapiang Malaya, armed with bolos and magical anting-anting, marched toward Malacañang to overthrow the not-yet dictator Ferdinand Marcos. They were swiftly met by the Philippine Constabulary, and, like the Colorums before them, gunned down. The scene was memorable enough that Eman Lacaba immortalized it in his short story Punch and Judas.

Analysts and politicians were dumbfounded. They were quick to blame agrarian conditions, trigger-happy police, or even Communists, all while failing to find the pulse of the organization: a class of the politically disenfranchised who transformed the ruling culture, turning it into a weapon against that very culture.

There is no doubt that religion and revolutions go hand-in-hand. Religion is but an expression of the dominant culture, in itself a manifestation of the power of the ruling class. The more religion systematized and normalized oppression, the greater the desire to break free from it. Religion represents a thorough break from the traditions of the masses, who are stuck in old modes and semi-feudal political relationships.

It’s safe to say that religion feeds into the idea of revolution. The old peasant revolts probably didn’t understand it, but their actions were spurned by a rejection of the prevailing culture, and essentially, the power of the ruling class. The idea that action must be undertaken to affect sweeping change still lives on today, though in modes far removed from Pule and the Colorums. The story of religions and revolution is not yet done. Philippine history, after all, is a tapestry still in weave. 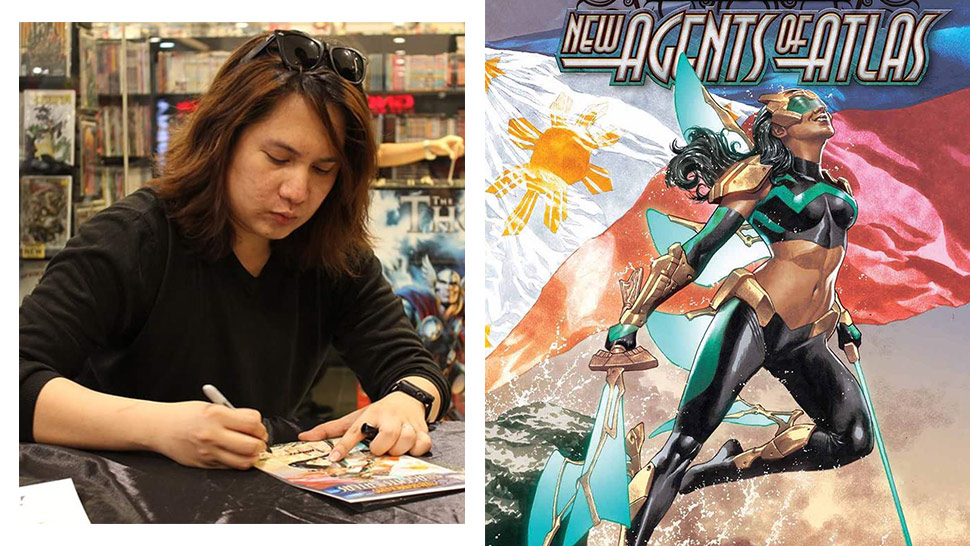