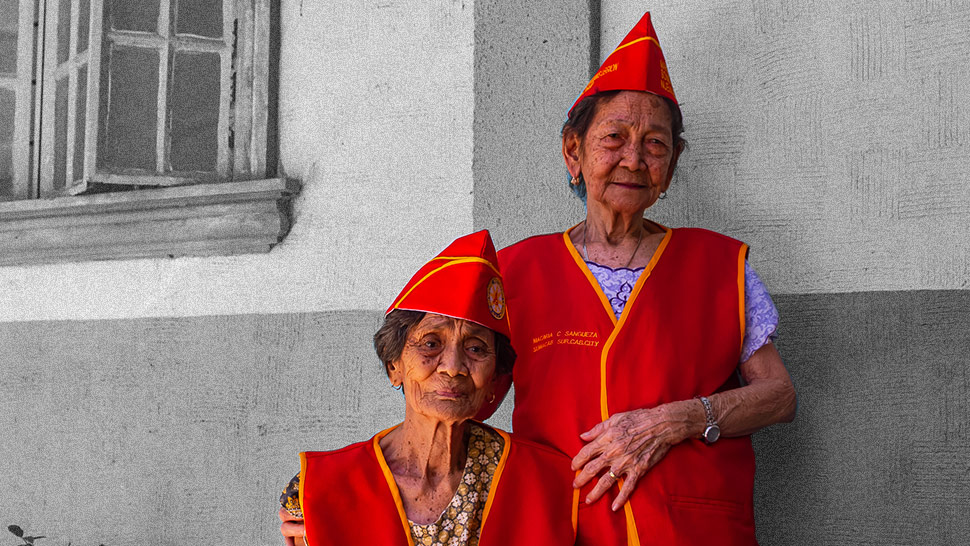 It was a night that would change their lives forever.

Macaria, 15, and Sabina, 12, heard that Japanese soldiers were coming to Cabanatuan. But instead of hiding inside the makeshift wells the way their neighbors were doing, the aunt and niece tandem picked up their shotguns and marched to Cabiao, where the Huks were encamped.

They chose to join this notorious group and fight rather than hide and die as cowards. They learned later on that by taking the riskier choice, they made the right decision.

The rise of the HUKs

The HUKBALAHAP (Hukbong Bayan Laban sa Hapon) rose both in fame and infamy throughout Central Luzon during the Japanese occupation. They were known for being vicious and unforgiving toward Japanese sympathizers. At the same time, they were also known for valuing women as skilled fighters.

Two of those women who lived to tell the tale are Macaria Cajucom-Sangueza (93) and Sabina Cajucom-Pascual (90). In their town, they are known as the last surviving lady ‘Huks’ of Cabanatuan, Nueva Ecija.

They joined that fateful night of September 1942 when the Japanese soldiers invaded their town. At first, their family was prepared to hide. They had even dug a hole in the ground near the bamboo trees, where they usually hid during bombings and raids.

But this time was different. The two girls remembered the awful stories they had heard from refugees who had fled other towns taken over by the Imperial Army. That’s when they decided that they would rather join the Huks than be tortured and killed.

When they told their family their plains, it was like a wake-up call for the rest of them. Their brothers and parents decided to join them to Cabiao.

“My father together with my brothers packed what they could carry,” Macaria explained.

Sabina recalled how people in towns had been brutally murdered. “The men were lashed, mutilated, and beheaded. The women were raped and then burned. Some of them were skinned alive,” she said.

Another horrific massacre in the region happened in San Felipe. Susana Hidalgo, a guerilla sympathizer, could still remember the gruesome events that happened in the province, located in Aliaga, Nueva Ecija.

A Japanese officer commanded the Filipino civilian guards to watch over nine Filipino captives, who were digging trenches. Their feet were tied together by metal wires to ensure that no one could escape.

After digging the pit, they were executed and buried in the same hole they dug. The Japanese never fired any shots. It was the Filipinos who were ordered to kill their own countrymen.

Susana also recalled how her father, also a Huk, had fled their town in Pamaldan to the forests of Cabiao Consequently, she also worked to deliver letters and food to the guerilla fighters.

“When my mother told me to bring provisions, there were executions happening on the sidewalk. I saw how they cut the necks with bayonets. They were razor sharp!” she recalled.

During the last year of the war, men were rounded up by the Japanese. These Japanese soldiers were ordered to kill all able men because they were suspected of being Huks. According to the locals, there were several hundreds who perished during that day. To this day, the town commemorates the massacre by putting flowers and candles on the sidewalk.

Women on the battlefield

When these women joined the Huks, they were not completely aware of the consequences.

When Macaria’s father joined the 33rd Squadron of Maximo and Remigio Rivera, they first served as messengers and runners to avoid suspicion from the authorities. If these civilian guards caught anyone sneaking out food for the guerrillas, they would punish them and incarcerate them in their makeshift prisons.

Soon, however, the teenagers were given bigger responsibilities. Because the Huks needed anyone and everyone who was willing to fight. Both women recalled their hardships and how they had to walk long distances to get to the battlefields — the swamps and plains of Nueva Ecija.

“It was in Aliaga when we were caught in the crossfire. We kept our heads low and crawled on the dirt. The Japanese continuously shot at us and we were forced to stay with our companions. It was then we took some rifles and shot back at them,” she continued.

When asked if she ever killed soldiers, Macaria just smiled and said, “It was necessary. Either kill them or be killed.”

During these deadly encounters, Macaria and Sabina never parted ways… even if the task was as simple as sending information to community leaders.

“One time, we were going to get some food for the troops and we were told to use the boats to haul the rice. When we had finished putting all of the sacks in the boat, armed civilian guards arrived. They wanted to get our provisions. We could not carry or escape with the food so we threw all of them into the stream so the opportunists wouldn’t benefit from them,” Sabina said.

Sabina said these Filipino guards were the ones who betrayed members of the Huk to the Japanese.

“There was this instance when my brother was snitched on by a Makapili. They barged into our house and beat my brother to near death. He was too brave and he never revealed the location of my father and other brothers. Luckily, he survived the beating. Sabina and I were hiding back then in our family hole near the bamboos when this happened,” she recounted.

After that incident with the civilian guards, the girls decided to flee their town and join the 33rd Squadron under the Malonda Yambot brigade. There they experienced harsh weather conditions and ate only what they were able to forage in the plains.

“Some of the Huks survived by merely eating dried Camachile fruits. We also ate those which tasted like prunes,” Sabina said.

Yet they had to grin and bear it. The alternatives were to side with the Japanese or simply be a prey to the Makapilis.

“They treated fellow Filipinos so badly. They also raped women. We chose to side with the Huks because they act like gentlemen and they treated women right. They didn’t rape women!” Sabina said.

This little-known fact about the Huks usually doesn’t make it to the history books, the women bemoaned. Comrades in arms were treated equally—young and old, men or women. The women recalled they even attended weddings officiated in camps.

Life after the war

After the war, Macaria and Sabina continued their studies and finished high school. Macaria married a fellow HUKBALAHAP, while Sabina was widowed early and chose to stay single for the rest of her life. The aunt and niece tandem remained inseparable.

And the rest, as they say, is history. Except history seems to be repeating itself, according to Macaria. With China present and accounted for regarding Philippine affairs, she is a little worried.

“It is similar and that is why we are worried. It was the same strategy that the Japanese did before invading us! Let’s just hope that I’m wrong.” 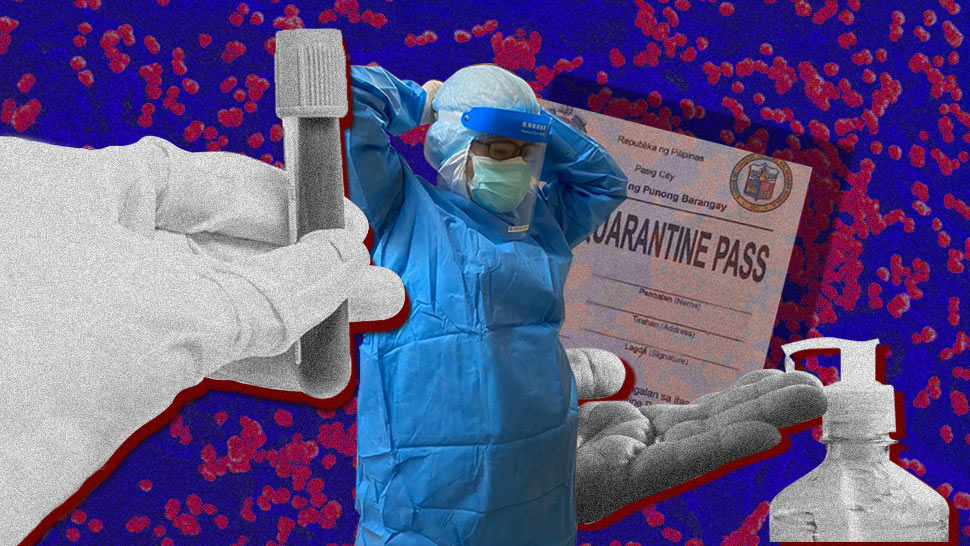 Coronavirus Timeline: How The World Will Change Over The Next 18 Months 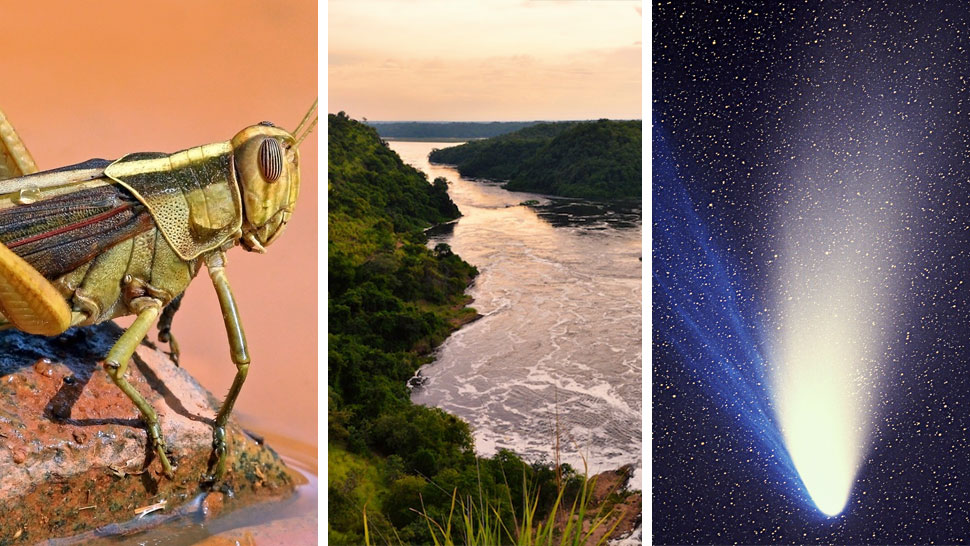