In a culture that makes a game out of human relationships, everyone’s a loser.

Filipinos like to think we’re good to our women. And to an extent, before the age of social media, we were. We had at least the veneer of a relatively matriarchal society—one that valued strength and independence in its mothers and daughters; one in which women could more or less freely lead successful lives; one that even elected a woman president before any other country in Asia.

But that thin veneer was among the many things that the Internet would break as everything and everyone moved faster and faster. Now, along with the rest of the world, Filipinos are confronted with the more uncomfortable truth: We aren’t so good to our women. Sometimes not good enough, sometimes not good at all, and sometimes remarkably bad.

We’ve shown as much repeatedly , in all the ugly ways that toxic masculinity manifests online and in real life. Last year, we talked about the rise of pastor culture in Facebook communities of men who trade women’s private photos as a form of social currency. A couple of months ago, a well-known broadcast journalist insinuated on live television that a rape victim was more responsible for her own rape than the rapist himself. (It was appalling, but not surprising.) Just weeks ago, Robin Padilla, avatar of Filipino machismo, proudly humiliated a single mother in six words that could only have come from the avatar of Filipino machismo: “Kailangan mo pa rin ng lalake.”

Each of these more recent and outrageous transgressions clearly betray any matriarchal image we have of ourselves as a culture, and any notion that we are good to our women, or that we love them. But at the expense of an honest examination of the problem, men still prefer to hold on to that notion. What man, after all, won’t claim to love women?

We’ve shown as much repeatedly, in all the ugly ways that toxic masculinity manifests, online and in real life. 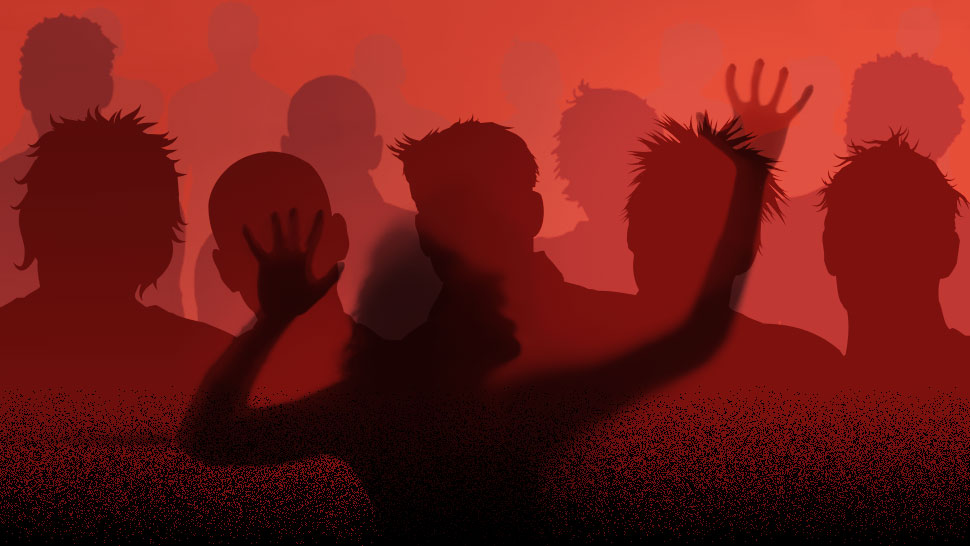 The boys of the Pick-up Artist Academy, or PUA Academy for short, certainly love women. So much, in fact, that women are the focus, the fixation of everything that they do as a group, and everything they stand for. And it so happened to be a woman—one of their “sets”—who exposed them to the public-at-large as a local offshoot of the “seduction community” in the U.S., making PUA Academy the latest problematic manifestation of Filipino masculinity to go viral.

Public outrage was swift. So not long after, PUA Academy founder and CEO Ssein Meneses—whom we deign to call by the embarrassing nickname he gave himself, “Smooth”—released a statement. He denounced the content posted on the PUA Academy Forum, claiming they were posted by errant group members and ultimately “contrary” to what his academy teaches; simply a lapse in page moderation. He even agreed to interviews with TV news outlets so he could explain that PUA Academy has been around for 10 years without a hitch, and is all about empowering shy men to have the confidence to meet women.

But his argument couldn’t have held up. As public attention continued to pile on PUA Academy, people found that a lot of their content clearly encourages manipulative measures for sleeping with women. In a video excerpt of one of their seminars, Smooth himself tells a roomful of boys, in no uncertain terms, that there are situations that call for you to force yourself on a woman. He couldn’t have been more blunt: “Gusto nila nagpapa-force.”

Sift through all the outrage, the problematic statements, all the purported gray areas and clear fouls, and what you’re left with is a group of pathetic boys.

Other materials were less scandalous, but harmful nonetheless in that they encouraged the behaviors of misogynists and sexual predators. An article published on their website suggested that when approaching a group of men and women, one must “primarily address the men,” and “initially adopt a dismissive attitude towards the women.” The same article honestly expected readers to believe that “a group of women who stand a few feet away from you for no immediately obvious reason may want you to approach [them].”

The free Smooth Attraction e-book (more of a brochure, really) contains more backwards and flat-out false notions about women, like “Women have no conscious idea of what drives them. Or what their motives are. It’s just the way nature has wired them.” and that women dress well for the express purpose of impressing men. It was becoming abundantly clear to more and more people that the boys of the PUA Academy do in fact teach dated, problematic ideas, laced with the sort of male chauvinism that endangers women.

Life was cruel to Ssein Meneses, and it certainly seems that Smooth became his way of dealing with it. Only he can say if it really fills the void, and if he hasn't become the ghost of his resentments.

So on the afternoon of April 3, their online presences went dark. The official PUA Academy page and the PUA Academy Forum group were taken down. Their YouTube channel, which had hosted dozens of pick-up tutorials and event coverage videos, was taken down. Their website—where they had listed their coaches, as well as their products and services (including a ten-day camp that was priced at P48,000)—was taken down for “emergency maintenance” and hasn’t come back up since. At least for now, they’ve retreated.

The saga of PUA Academy and its perhaps too-brief time as a subject of public condemnation leaves us with a few things. First is a bad taste in your mouth. Sift through all the outrage, the problematic statements, all the purported gray areas and clear fouls, and what you’re left with is a group of pathetic boys. Take enough time to peer into the wasteland of pick-up artist culture, both here and in the States, and you will find mostly rejects and imploded egos. These are boys who couldn’t adequately establish or maintain real adult relationships, but craved them desperately—desperately enough to pay large sums for pseudoscientific books and workshops, as well as access to a community that would give them the reassuring high-five they longed for. Their self-esteem, after all, depended on it.

In this sense, it is also sometimes tragic. Smooth himself fits the type. In the same public statement, he revealed that long ago, his ex-wife cheated on him, and his young daughter passed away. He said it was when he was lost in grief and out for vengeance that he discovered pick-up artist culture in the States. Life was cruel to Ssein Meneses, and it certainly seems that Smooth became his way of dealing with it. But only Ssein can say if it really fills the void, and if he hasn't just become the ghost of his own resentments.

But once you’ve understood the mishandled rage of its members, the PUA Academy phenomenon becomes a warning against cultures of objectification. At its core, pick-up artist culture makes a game out of courtship, and that reduces everyone involved—men and women alike—to objects.

It's evident in the PUA Academy's communities and workshops, where they would refer to a woman as an “HB10” if she were a “hot babe” with a corresponding rating on the scale of one to ten. In their "lay reports," they call women by labels like "The Virgin" and "Taken" rather than by names. But more profoundly, pick-up artists are unable—or perhaps afraid—to acknowledge the agency of women, and so instead reduce women to stereotypes and loosely defined parameters within which to play “the game.” It’s easier to feel confident, after all, if the woman you’re about to approach is a puzzle to be solved within a specific set of steps, rather than a person whom you can get to know.

And make no mistake: In this game, the men objectify themselves as well, using terms like “high value” and “low value” to refer to their own personal traits, actions, and status in the context of attracting a woman. They justify pick-up culture as a quest for self-betterment, but it’s an entirely disingenuous one. It's never actually about meaningful personal growth and actualization; it’s all about increasing your market value. It’s likely why Smooth and the PUA Academy coaches insist on stumbling through English with bad American twangs—they suppose it’s a “high-value move” that suggests status, and consequently, attractiveness.

And make no mistake: In this game, men objectify themselves as well, using terms like “high value” and “low value” to refer to their own personal traits, actions, and status in the context of attracting a woman.

There was a video posted by the PUA Academy Facebook page that neatly expresses the essential problem with pick-up artist culture and all the new strains of toxic masculinity that the Internet has exacerbated and exposed—all the reasons that we can’t claim to be good to our women.

The video shows one of the PUA Academy coaches—a grown man with a top knot and dental braces—grinning wide at the camera as dozens of other grown men behind him scream their lungs out in an enclosed room, ostensibly as an exercise in emotional release but also as an expression of empowerment. It’s a loud and concerted chorus of pent-up masculine discontent, echoing within its own small world, unhinged and unbridled. They’re frustrated—sexually and otherwise—with the hand that life has dealt them, so they choose to unleash their id and turn feral, screaming out and encouraging other men to do the same. In the noise of it all, men have forgotten to listen. 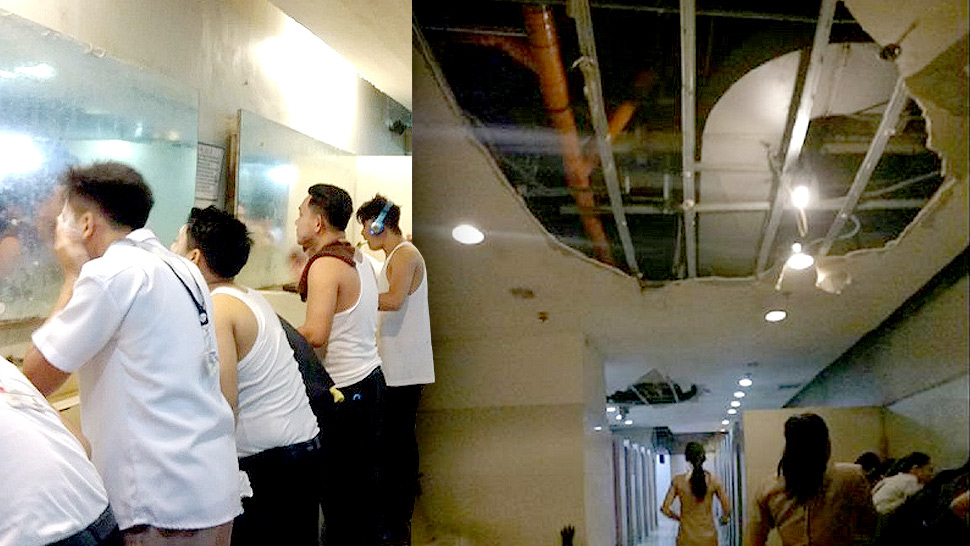 Why Is Anyone Surprised at the Working Conditions at The Landmark?
All Photos
Comments
View As List