3 Tips for Dressing Like the NBA Rookie Class of 2017 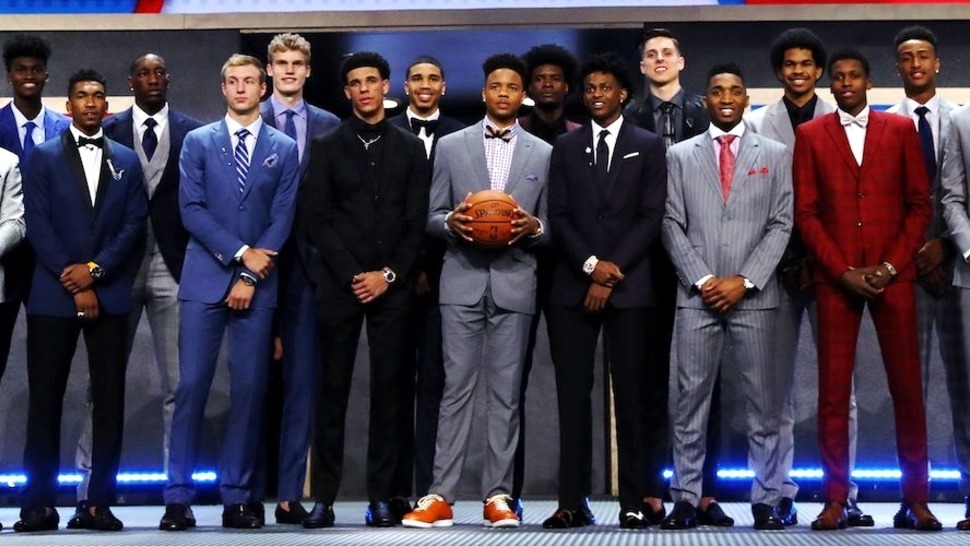 The idea of a professional athlete evokes the idea of adulthood and maturity—especially when you're a kid dreaming of being one when you grow up. But the reality is, when amateur athletes become professionals, they're usually just kids themselves—18-, 19-, 20-year-old kids who can’t be served a drink at a bar, and can’t yet grow a full beard (try though they might). That’s what you see, looking out at a conference room full of newly appointed NBA players: a bunch of kids.

Only, they’re about to no longer be kids—not in the traditional sense, at least. They’re about to be professional basketball players. And to help soften the culture shock, the NBA put in place the Rookie Training Program, a three-and-a-half-day orientation for the new players. They learn everything they should know to transition into this new world seamlessly, like handling finances, dinner etiquette, and (from Esquire’s own presentation) personal style. And as many of the seasoned adults there comment, almost everyone could benefit from sitting in on the experience.

"Going from your amateur status is a huge transition, and there are classic challenges our guys are going to face," says Greg Taylor, SVP of player development at the NBA. "We really try to remove the excuse that 'nobody told me.'"

Suddenly, these rookies are surrounded by dudes who not only dress well, but are known for it. But before they can be the Russell Westbrooks and Iman Shumperts of the world, they have to define their own style intention. Here’s how we helped them navigate it. 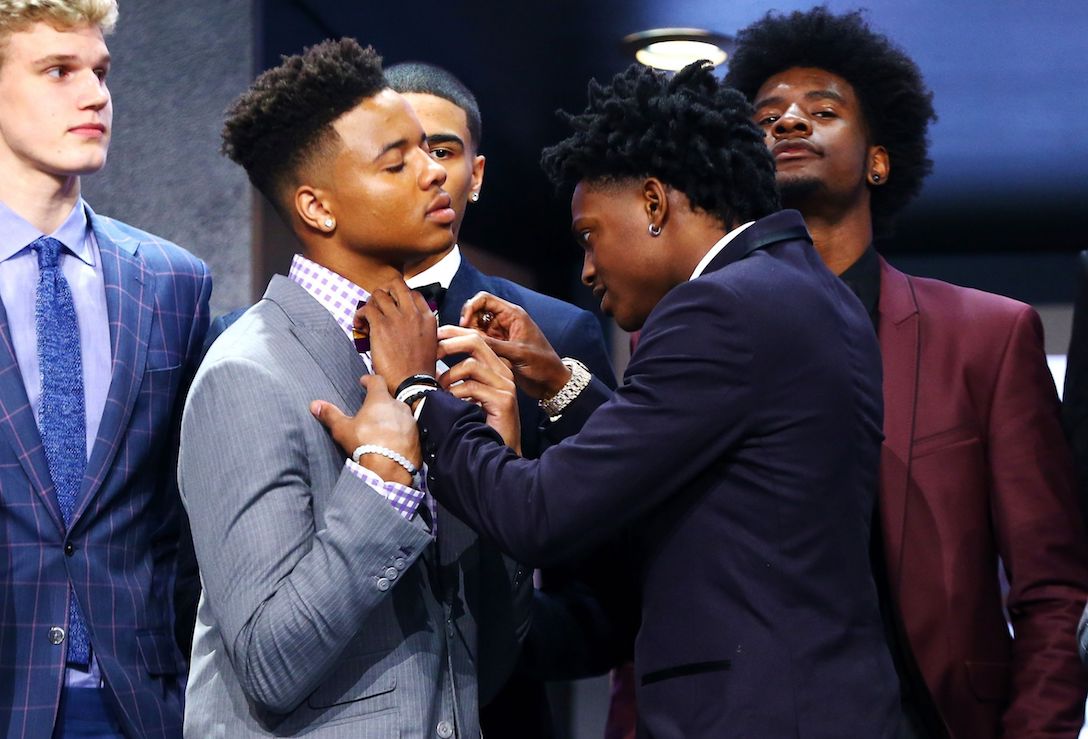 Understanding the difference between casual, business casual, business, and formal dressing is essential. Any good style is rooted in a solid foundation. The beauty of fashion is that you can create your own rules, but only after you understand the traditional ones. Purposefully risky style takes finesse, or else it's just bad style. "You can make bold fashion statements," says Taylor, "but understand what that bold statement is saying. Be aware of the broad range."

Of course, we talked about tailoring, too. These are some of the tallest guys on the planet—off-the-rack clothes aren't likely to fit. High up on their list of new sartorial priorities: Finding a reliable tailor to teach them their correct measurements and help tailor their clothes to their particular body type. 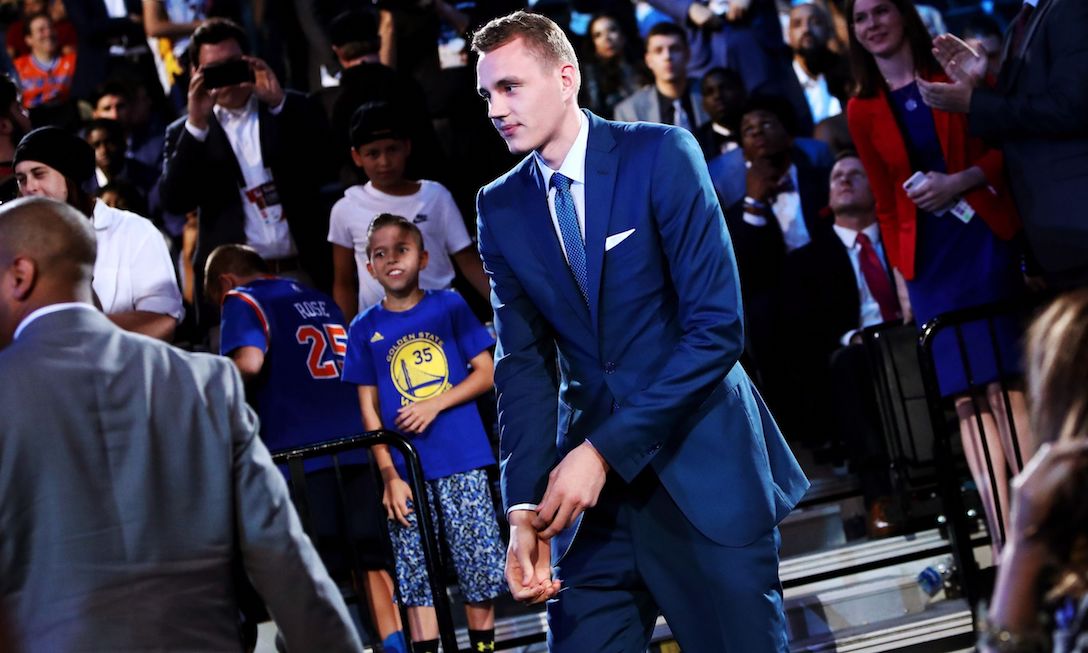 People tend to create a truly personal sense of style when they internalize the traditional rules of situational dressing and what they feel good wearing, and then begin to take risks. Someone who takes risks without really knowing that they're risks is bound to go overboard. "Style is something you observe and learn as you go, but there are some classic dos and don’ts that guys should know," Taylor says. "You are judged by how you look. You can make some big mistakes and not be aware of it."

Josh Hart, Los Angeles Lakers shooting guard, touched on how the young guys especially need to establish their own style. "Some guys still don’t really know their style yet," he says. "A lot of guys are coming into money for the first time, so they’re seeing that [kind of fashion] and having a little bit of fun with it. For me, I’m more of the classic, timeless look kind of guy. If I look at a picture of me in 20 or 30 years, I’d be like 'I had little accessories that make everything pop out and stand out.'" 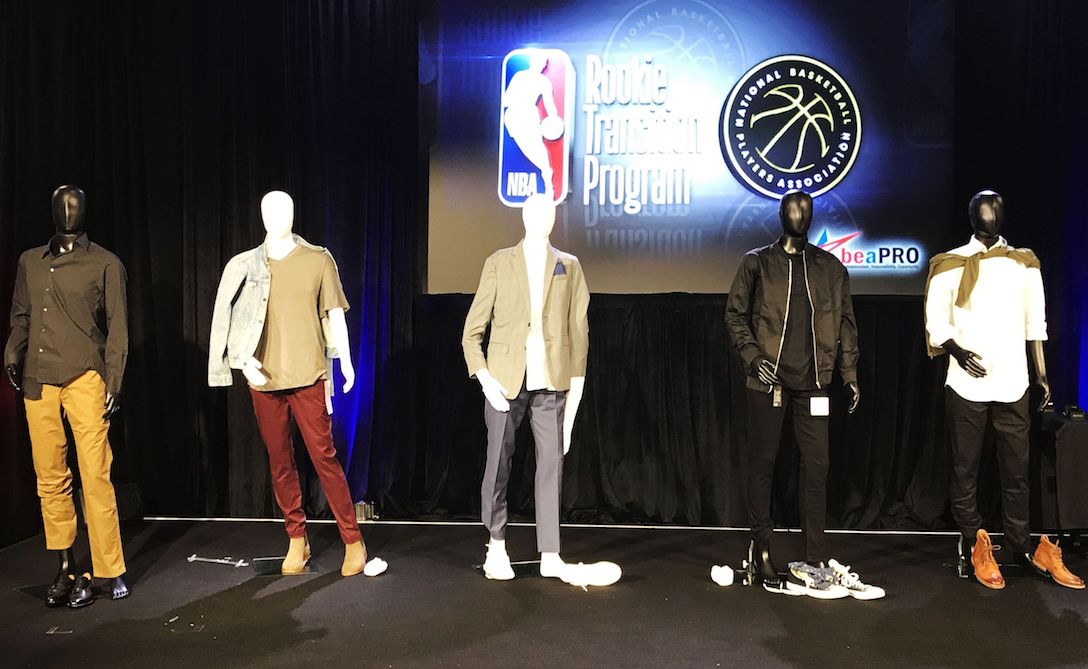 To test the guys' knowledge, we had them try their own hand at styling. They were split into five teams, and each given a mannequin. The theme was team travel—a fairly loose term that varies by team rules. It normally consists of clothes comfortable enough to fly in, but put-together enough to post on Instagram.

"We had a very classic, timeless look," says Hart of his team's effort. "Our guy had a nice gray blazer with a casual white shirt under it and some white shoes and jeans. You’re not going to look back in 10 years and think, 'What the heck was I wearing?'"

In fact, all the teams' outfits were solid looks, pairing jeans, T-shirts, and jackets with sneakers and boots. They were no-fuss options easy for travel, and the rookies would presumably feel put together in whichever they chose. And although the players might be prepping for the NBA now, these skill sets reach far beyond the confines of the court. Of the future, Taylor puts it simply: "You will retire someday. What happens when the ball stops bouncing?" 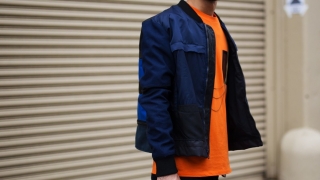 An Instant Trick to Make Your Cold-Weather Wardrobe More Interesting 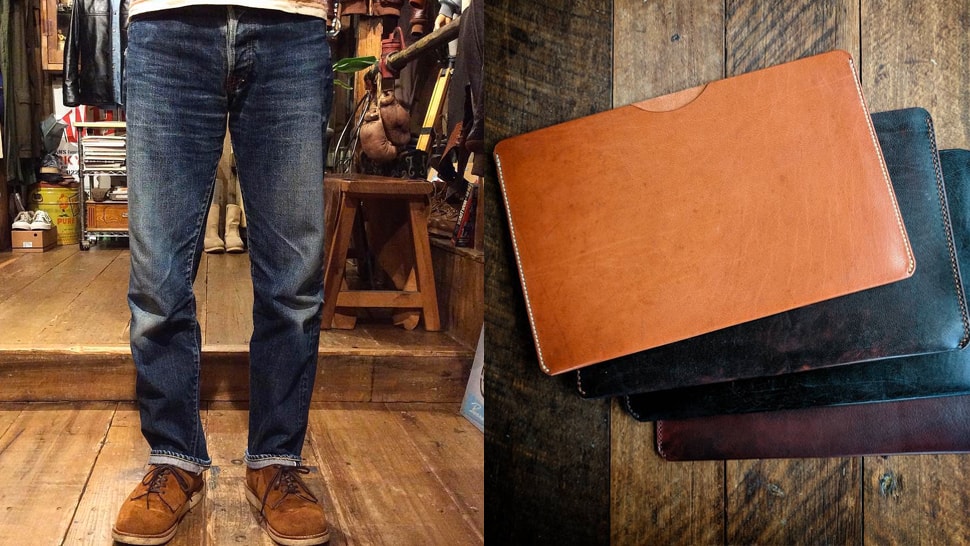