Dunk Delirium: How a Nike Classic Became the Hottest Trainer in the World... Again

By creating a shoe that worked across so many different colorways, Nike had laid down the foundations for the modern collab. 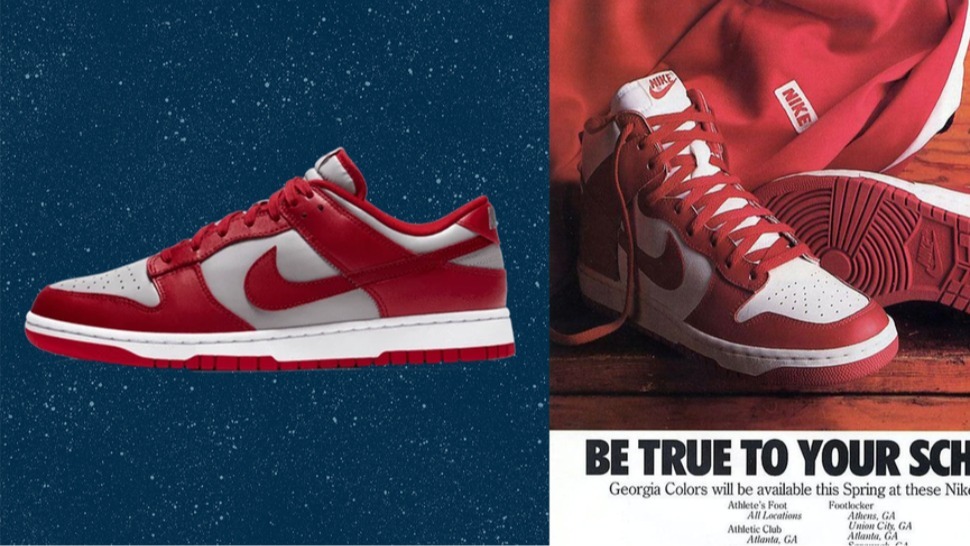 Along with dark web fentanyl, the Loch Ness Monster, and an honest man, it can be hard to find a pair of Nike Dunks in this current climate. Thanks to collaborations with modern cultural powerhouses like Off-White, Travis Scott, and... Ben & Jerry’s, and a sustained period beneath the hype spotlight that has reached an apparent apotheosis, the £90 Nike classic has become a hot, and scarce, commodity. Dunks go for hundreds, and sometimes even thousands, on resale platforms such as StockX — causing would-be buyers to have very public meltdowns on social media when a raffle doesn’t go their way.

“There are so many potent stories all related to this one style of shoe,” said Virgil Abloh before the release of his Off-White Dunk in December 2019, “many of which pre-date the exploding street culture scene of now.”

“The Dunk is a shoe that’s not just your average inanimate object.”

The year is 1985, The Goonies is in cinemas, Running Up That Hill by Kate Bush is ringing through the airwaves and a gangly 21-year-old Michael Jordan is coming off the back of a breakout rookie season with the Chicago Bulls while wearing the Nike Air Jordan 1, an instant hit that sends waves through the nascent streetwear scene and the Nike C-Suite. Nike needs to compound its success and they need to do it quickly. Using the Air Jordan 1 as a template, Peter Moore – who also designed the Jordan signature – creates a basketball shoe with a thin, flat sole (this will be important later on) with prominent branding that comes in the vibrant colors of America’s 12 leading basketball college programs; the focus is on marketing the shoe to basketball players and wannabe athletes. It works. Moore, and Nike, have done it again.

“Dunk to me is a style that transcends style, aesthetic, and look,” says James Trivunovic, a former head of buying at Size? and sportswear at END Clothing, now with Manchester’s The Hip Store. “It can be worn so eclectically and has such a rich history across so many old/nostalgic colorways that it has created a collecting culture on the style again. People spending hundreds of pounds on old and OG colorways.”

“The Dunk has had a huge resurgence in the last 12 months because of the thirst for nostalgia and cleaner sneaker silhouettes from a new consumer, as well as the likes of social media heavyweights such as Travis Scott, Virgil Abloh, and Ambush doing their own takes on the style,” adds Trivunovic. “I think Nike have tried to protect the Dunk as one of their true icons and have seen demand grow very quickly. Keeping the numbers low in the market and creating hype has made the shoe even harder to obtain.”

By creating a shoe that, by design, worked across so many different colorways, Nike had laid down the foundations for the modern collaboration format. Spike Lee became an early adopter and the brand created special yellow and black editions for Wu-Tang Clan. By the early Nineties it had been repurposed as a skate shoe in the New York scene, where its flat, thin sole (remember how important that was?) and heavy-duty build made it a perfect crossover trainer. In 2001 Nike collaborated with Stüssy, the first time it had partnered with a clothing company, creating a ‘hype’ moment that was a precursor to the raffle, queue, Palace, Abloh, and Supreme fire extinguisher frenzy of modern day streetwear culture. Proving the shoe's long-standing versatility and appeal as a wet dream for collaborators, last year Nike partnered with names, brands, and bands as eclectic as Cactus Plant Flea Market, The Grateful Dead, and the aforementioned Ben & Jerry's. Fancy a pair of 'Chunky Dunkys'? That will be around £1,500 on StockX, please.

“The global sneaker resale market is experiencing massive growth — with an anticipated market size of over $30 billion by 2030 — and we’ve seen that first-hand on StockX,” says Jesse Einhorn, Senior Economist at the site. “Nike Dunks have been one of the fastest-growing segments of our marketplace. In addition to their world-class collaborations and storytelling, Nike Dunks have also proven to have incredible value. These sneakers are highly coveted, and over the past 30 days, the average SB Dunk has sold for 375% more than their average retail price. However, like all markets, it ultimately comes down to supply and demand — if a product has a community of collectors and an active market, trade will flourish.”

An advert for the original Nike SB Dunk

Another milestone in the convoluted Dunk timeline – and a constant point of contention and conversation amongst men who spend the same amount of money as a Big Holiday on trainers – is the year 2002 and the launch of Nike's SB imprint. This is when they officially stepped into the world of skateboarding, having tried to cater to the sport with shoes like the fairly ill-named ‘Choad’. Aware of the skate world’s unofficial acceptance of the Dunk, a shoe that was, at the time, cheap, easy to come by and durable, Trojan horse attempts were made by the Swoosh to capitalize on the scene, with Dunks that featured updated materials and designs, padded tongues and 3M reflective taping. Now Nike wanted to make it official. “It [was] everything a skater could want, Kevin Imamura, global footwear R&D for Nike SB, said of the Dunk to Mr Porter. “Grip, comfort, protection, durability, and last but not least, it looked incredible. It literally spoke to skaters.”

Having convinced independent skate shops that they weren’t the devil (or at least if they were, they came dressed in cool clothes), Nike released just one shoe style to officially mark its foray into a sport that had so-far resisted official conglomerate branding: the Dunk SB. This new skate-focused Dunk used Zoom air in the sole for extra cushioning, perfect for when you nail a massive ollie (am I right, skaters!). It also had terry-toweling at the top of the insole and a thick, padded tongue, which had already been deployed in the unofficial pre-millennium, skate-centered versions, including the cult Dunk Low Pro B and CO.JP styles.

The ’Paris’ Dunk Low Pro SB, the most expensive shoe ever sold on StockX

The reason the SB Dunk is important in the overall story of the trainer is that, without it, you wouldn’t have people losing their minds over both SB and regular versions now. Prior to SB, the Dunk had become something of a sales rack shoe. After, they were a premium hit. Mentioning specific model names like 'Cherry', 'FLOM', 'What The Dunk' and 'Tiffany' can still send a collector into raptures. Skaters queued up for them, and a Supreme collab soon appeared. In 2005, Nike partnered with New York designer Jeff Staples on the ‘Pigeon’, a style that has become a part of sneaker folklore and caused legitimate riots when it launched. An original pair is up for sale at £49,000 on StockX (Good luck!). The 2002 ‘Paris’ Dunks, a patchwork model that featured artwork from the painter Bernard Buffet, are the most expensive trainer ever sold on the platform: £38,183, in case you were wondering. The modern sneaker hype cycle, where trainers are now auctioned at Sotheby’s, can be traced back to the Dunk SB and Nike’s genius, and fortuitous, marketing, which leads us to today and why people who keep up with trainer trends are in delirium over a shoe that, on the surface, seems pretty straightforward.

“Whereas the Air Jordan 1 and other Jordan styles used to dominate sales, the Dunk has had a real resurgence, on par with the style’s original reign in the early 00s,” says Luke Raymond, Senior Menswear Editor at Farfetch. “The Dunk’s affinity to the hugely popular Air Jordan 1 means that it’s a visually familiar style, broadening the Dunk’s appeal beyond just sneaker obsessives. Secondly a slew of collaborations, most notably with Supreme, Travis Scott, and Virgil Abloh, have increased the hype, demand, and therefore rarity of Dunk styles, a chain reaction that keeps spinning – pushing prices up, increasing demand further and, as a knock-on effect, popularity too.”

Reduce the supply, increase the demand. Economics. Easy. As seen recently with the New Balance 327, which went from the hottest trainer in the world to available at JD Sports within one cycle, an item is only interesting as long as it’s hard to come by, yet for Nike and the Dunk, there is a deep, deep history and archive to go back to. If the original grey and orange colorway of the Pigeon ever returns, it might be the first example of a mass sneakerhead extinction event, the simultaneous explosion of a million heads as soon as eyes gaze upon that little embroidered bird on the heel.

I don’t know if Travis Scott can skateboard, but he does like wearing Dunks

“Perhaps more than any other Nike product line, Dunks leverage the power of storytelling and collaboration to create a connection between sneakers and culture and offer a vehicle for self-expression,” says StockX’s Einhorn. “This is the source of their staying power. By virtue of their continual reinvention through exclusive and limited releases, Nike has created a product that fans and buyers can’t get enough of.

“I’d say they’ll be around for a long time yet.” 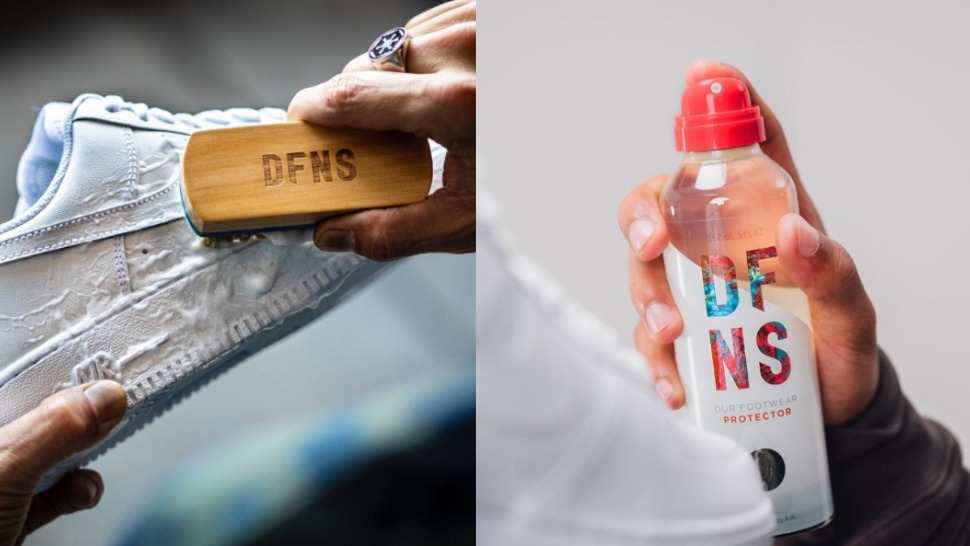 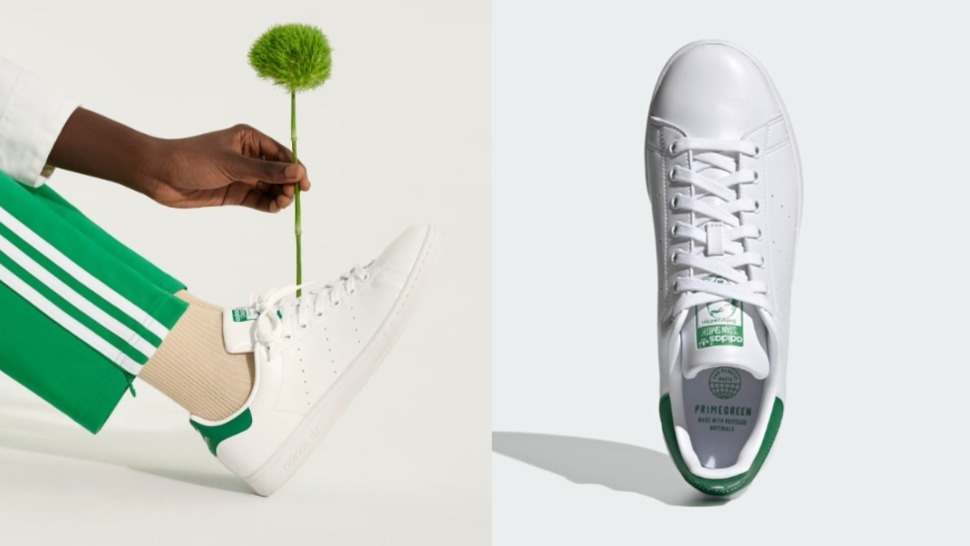 17 Million Adidas Sneakers Will Be Made Out of Recycled Plastic Waste in 2021
More from EsquireMag.ph 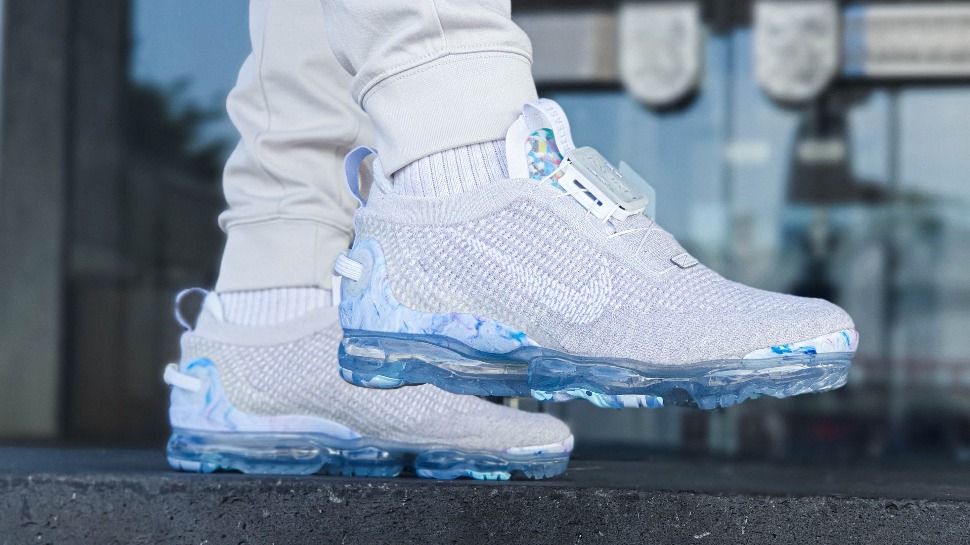 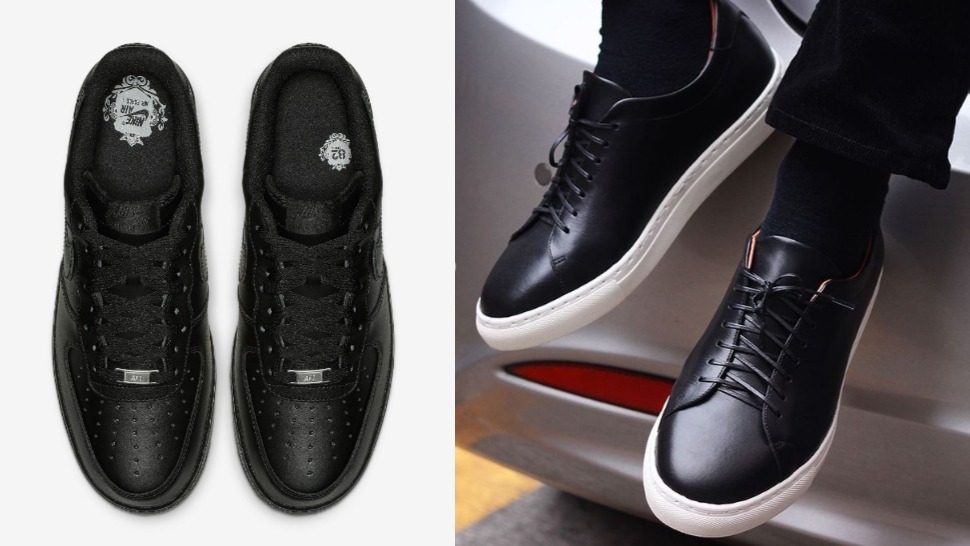 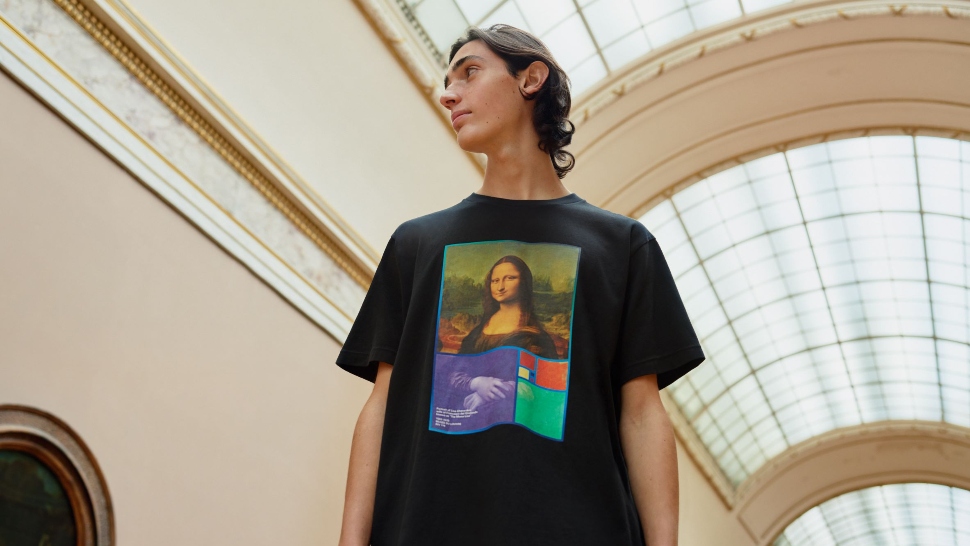 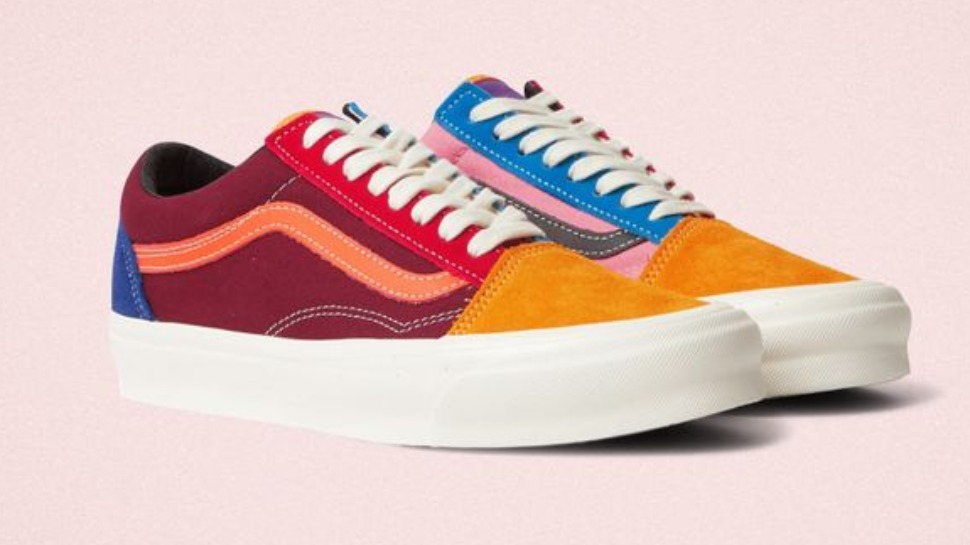