You get a new pair of kicks and you'd be helping typhoon victims, too. 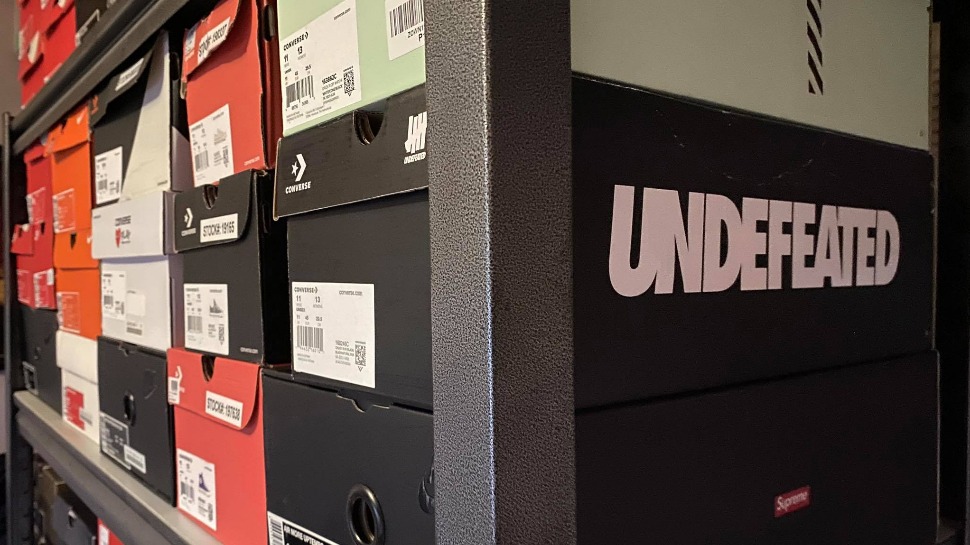 The world may have never been as polarized as it is today, but, as Mother Teresa once said, “Great things happen when people come together.” And what better way to highlight the great things collaboration can do than by celebrating exactly that in the form of footwear.

For quite a while now, sneaker brands have been partnering up with fashion designers, musicians, and icons of pop culture and media to reinvent some of their well-known styles, and sometimes even coming up with totally new creations together. Some are great examples of how people worked together, took something that’s already really good, and made them even better. These are the by-products of the convergence of ideas, creativity, and cultures.

I delved into the far reaches of my closet for some of the most memorable sneaker collabs from my stash and a few that you probably might not have seen before. In no particular order, check out some of my favorites from over the years.

Comme des Garçons has released a plethora of co-signed shoes with Nike, as well as Nike-owned Converse. Many of us are eagerly waiting for the release of tennis star Naomi Osaka’s collab Nike Blazer Mids, which she co-signed with CDG. Til then, my hands-down front-runner from the many CDG partner projects would have to be the Nike Air Pegasus 83, which the brand launched as part of its BLACK label.

Dover Street Market Singapore only had these in a full size smaller than what I normally wear but that couldn't stop me from still getting these along with a box of band-aids in case my feet hurt. That fortunately didn’t happen due largely to the fact that the materials used for this predominantly suede shoe are all super soft. Done in clean black suede, blacked out all over with just CDG branding in bold white letters on the shoe’s heel counter, the Japan-based brand reinterprets this Nike running shoe with a look that’s good enough to take from the track to the catwalk.

I told myself I’d stay away from online shopping during COVID season but these were just really difficult to pass up. I’ve been a huge fan of Undefeated ever since college and they obviously haven’t lost a step so many years later.

I love how clean this shoe’s design is. You can’t go more classic than with a pair of Chucks and the good people at La Brea kept it a hundred with this one. All details remain simple with this black/natural ivory colorway of the Chuck 70 except for the Undefeated branding boldly kicking in via a contrasting blue stripe at the heel area of each shoe leaving a little something for everyone behind you to gawk at.

These two iconic brands have worked together on a number of products over the years but this sneaker, which released in December 2015 to celebrate both Stussy’s 35th anniversary and this particular Nike silhouette’s 20th birthday, is probably my all-time favorite.

I was lucky enough to grab the last pair that the super obscure Stussy Kuala Lumpur chapter store still had in stock, exactly in my size and in the loyal blue colorway I really wanted. It also released in two equally drool-worthy colorways, green and black. Stussy’s take on this Nike classic was a combination of suede and ballistic nylon for the shoe’s upper as well as neoprene on the tongue branded with the clothing brand’s familiar link logo.

Stussy’s signature world tour branding can also be found on both the insoles and on the bottom of the sneakers, which kinda sucks since it’s impossible to keep them from wearing out.

If you’re a Kanye West fan but would rather wear a Yeezy sneaker that you won’t find on every other person’s feet, these are the ones for you. Very similar in design to the adidas Continental 80, Kanye remixes the brand’s Powerphase tennis shoe from the 80s, giving it a monochromatic exterior. The leather does have a more premium look and feel but creases a lot easier than other leather uppers.

In place of the usual Powerphase branding, ‘Ye opts for the word Calabasas instead, a nod to the SoCal locale the Kardashian-Wests call home.

This classic American workwear brand’s WIP label released these together with two other Nike silhouettes in 2018 but I fell in love with their rendition of the AF1 which makes use of staple materials Carhartt products are known for.

I’m not a big fan of corduroy but Carhartt always makes it look cool. The combination of Ale Brown and Sail also goes perfect with the shoe’s vibe, invoking the blue-collar worker in you to roll up your sleeves and get back to constructing that treehouse in your backyard you keep telling yourself you need to finish.

Supreme has done collabs with so many brands through the years that it’s hard to keep up. This one however definitely stands out. The world-famous New York streetwear label chose one of Nike’s most memorable basketball shoes from the 90s, notably worn by Scottie Pippen in the Chicago Bulls’ 1995-96 championship season where they went 72-10.

Supreme released three colorways of this cult classic in 2017. I was initially drawn to the all-black ones and found the metallic gold colorway too loud in photos, but seeing them up close changed my mind. These really stood out from the other two options and with that said, Sean Wotherspoon and the guys at Round Two Hollywood took my money.

Still, with its usual full-length visible air unit in the sole, this collab trades in the oversized word AIR on the shoe’s lateral and medial sides for bold, screaming, equally large letters spelling out SUPREME.

I know, I know. These aren’t sneakers but really, look at them, how could I not include these in my top-ten list. Released in Q4 of 2017, Supreme’s iteration of the classic Dr. Marten’s 1461 Oxford shoe came in three color options: black, oxblood, and green. Being a fan of cherry red Docs, I decided to go for the oxbloods when I found them at the Supreme store in Brooklyn. Supreme stamps this collab with an embroidered sacred heart icon on the shoe’s lateral sides which was an interesting choice of religious iconography by the New York skate brand.

I had just visited Round Two NYC the morning of and had just gotten back to my uncle’s place in Jersey City that afternoon when I checked Instagram and saw that the store had released new products, this pair included. I made a mad dash back to Manhattan, took a subway back to Essex, just for these sneakers.

Travis Scott’s growing list of collabs with both Nike and Jordan Brand have been nothing but fire but these, for me, are the absolute best. The inverted swoosh goes perfect with the Air Jordan 1 low, something I find a bit too much for its already attention-grabbing hi-top version. The combination of suede in black and dark mocha with sail in the midsole is definitive boujee but still bad ass enough for Cactus Jack.

Released in 2010, Mark Ong aka SBTG collaborated with DC Shoe Co. on this morbid creation. Ong’s unique ability to tell stories through his designs is in full display with this particular pair. The artist pays tribute to a legendary skate crew from his native Singapore back in the 80s and 90s called the Circus of Mutants and one of its members nicknamed “The Fly.”

Images of flies adorn the sock liner and midsole while the designer’s Royalefam branding can be found stitched on the tongue. SBTG came over to Manila for the shoe’s Philippine release and I was lucky enough to have him autograph my pair. These are one of just a few sneakers in my closet that I’ve kept deadstock.

I got these from the now defunct legendary Manila streetwear store Greyone Social back in 2008. Puma paid tribute to MTV’s weekly hip-hop show, Yo! MTV Raps, with a bunch of funky 80’s-90’s inspired remixes on classic Puma silhouettes such as this Stepper originally released in 1984.

The big cat brand uses neon feline print on the ankle collar, the show’s logo on the tongue, and the word Yo! on the heel. This shoe brings back memories of rushing home from school to watch music videos on TV back in the day. Big-ups to hip-hop’s golden age.

This was supposed to be a top-ten list but since Docs aren’t sneakers, we’re letting these through. I know they’re not a popular choice but I genuinely love how these shoes look. While the Chuck Taylor which was part of Off-White’s massively successful The Ten collection made use of non-conventional materials, Abloh goes the familiar canvas material on these. The Chuck 70s are integrated with staple Off-White branding like the text on the medial sides of the sneakers, the loud diagonal stripes on the shoe’s midsole, and, of course, you can’t leave out the bright orange zip-tie.

It’s been a little over a week since Typhoon Ulysses battered a large portion of Luzon. In the wake of the deadliest tropical cyclone the Philippines has seen in 2020, we have been left with the immeasurable damage brought about by the typhoon in several regions and provinces, including Cagayan, Rizal and the Bicol region. We have also witnessed its death toll claim over 70 lives. Countless families have lost everything they have to the floodwaters and they badly need our help.

If any of these sneakers appeal to you, I invite you to generously bid for them by emailing your offers to this writer at [email protected]. All the shoes are size 12 (US). These are some of my most treasured pairs but I’ve decided to let go of the one sneaker with the best bid from this silent auction. Proceeds will be donated to the typhoon relief efforts of Ateneo de Manila University. You can also donate directly in cash or kind by visiting the Ateneo website. With Christmas just a month away, there’s no better time to come together and make a difference in the lives of our brothers and sisters in need. 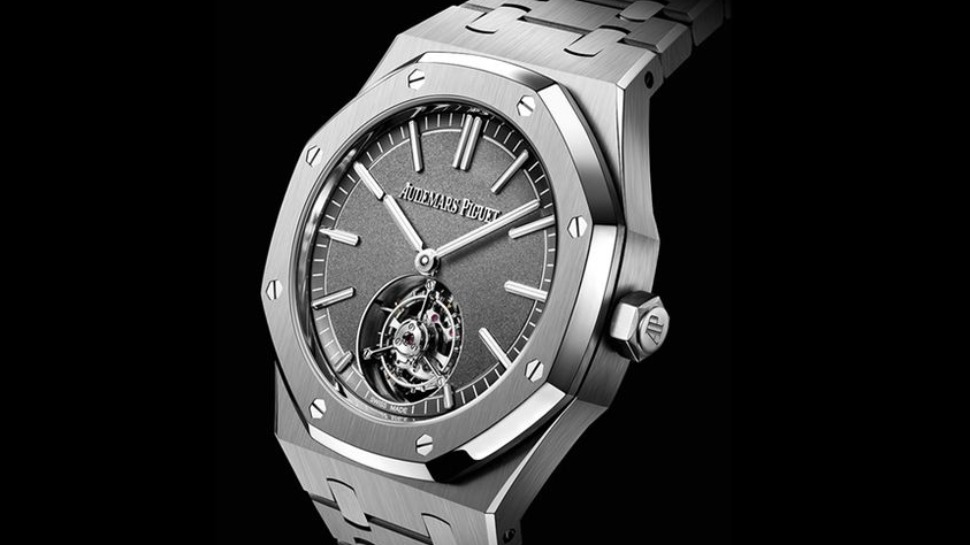 Will You Pay Real Money for Gucci Sneakers Made of Pixels?
All Photos
Comments
View As List