In the age of digital precision, the Master Collection gives a clearer picture of time and, more important, yourself.

In the age of disruption, when the three-headed beast of technology, the Internet, and social media have altogether stuck down long-established symbols of power, we ask this important question: Do you still need a watch?

And the easy answer to this question is: Nope.

If you need to figure out if you have enough time to watch one more episode of baby Yoda in The Mandalorian before leaving for your date, you can always take a look at that slab of metal and see that you should really be heading out the door because holiday traffic sucks.

Point is: The digital pixels on your high-end smartphone does a fine job—the best, in fact—of telling time as it provides the precise hour, minute, and second always.

That said, the more careful answer to the question is: Yes, you need a watch even if you have a mobile phone superglued to your hand.

The Korean superstar, who is in Taiwan for the launch of the latest collection of Longines, chews on the question some more and then proceeds to paint a picture of how we confirm time several times a day and, for this need, “...we have this watch,” which, in his case, is a steel ticker with a white face and a moon phase. Then, he points out how the act of viewing time through a watch is really a way to “review the life you had” and, finally, he says, “It’s about choice and sincerity.”

The new watches of the Longines Master Collection combine elegance and excellence with a moon phase indicator and the L899 calibre.

According to our Korean entertainment consultant (read: someone who watches the country’s dramas and movies regularly), Jung in South Korea is like Richard Gomez over here. And while that puts him in the context of a beloved actor who has been around for a long time, we don’t think we’ve heard Gomez reflect on life with such poetry. (Or maybe it’s just the nature of the Korean language?)

It’s not just the way he speaks that signals this brand of genteel masculinity, it’s also how he appears. On this afternoon, Jung is the reflection of elegance: His tall and lean frame is wrapped in an almost-white two-piece suit paired with a check shirt that is adorned with a black tie, which ends perfectly on his beltless trousers. Also, no socks with velvet loafers.

His small TV face is topped with a head of hair parted on one side and pumped with volume. He is 46 but his face is unlined, so that the only signifier of his age is how, unlike anxious boys in their 20s or aloof men in their 30s, he carries himself with a sureness that comes with knowing that everything will be alright. In other words, he is dressed up but does not look stiff. He appears relaxed and supremely chic.

Jung Woo-sung, Korean superstar and Longines brand ambassador, shows us what to wear with that beautiful ticker.

Which, coincidentally, are all the qualities of the watch that Longines has tasked him to represent. The Swiss watchmaker fetes the Master Collection, its flagship line of timekeepers that, well, masters the balance between technique and elegance. The twin highlights of the set are a new L899 calibre, a self-winding movement developed exclusively for the watch house, and the addition of a moon phase indicator or that poetic movement whose value rests, not on practicality, but on romance.

If the Master Collection watch was a man, it would be Sung in a white suit not breaking a sweat even if he is being inundated by very important questions such as: What do you do in your spare time?

“I just take a walk and think about my life,” he shares. “I also think about the time that has passed and also I imagine… tomorrow. What do I do?”

Take that as the considered answer of a well-rounded man with a rich interior life. When he was younger, Sung was inspired by (dubbed) Spaghetti Westerns starring immortal Hollywood icon Clint Eastwood and now, with the platform of stardom as an actor, director, and producer (he has over 30 movies and series to his name—another Korean culture consultant recommends A Moment to Remember and Innocent Witness, in case you’re interested), he supports the United Nations High Commissioner for Refugees (UNHCR) as one of its national goodwill ambassadors.

For the global organization that protects the rights of forcibly displaced and stateless people, Jung has helped raise funds and awareness, as well as traveled to Bangladesh, Iraq, Nepal, South Sudan, Djibouti, and Lebanon to meet with refugees.

When asked why his work for the UNHCR is important to him, the ambassador answers at length and with seriousness: “I don’t think it is just a personal problem or the problem of a specific country. I think, as [regular] people, we also need to understand the refugee issue and try to solve it in a way of freedom.”

The interpreter seems to have lost chunks of his very long answer, delivering only that bit. Jung stares at her for a moment but takes it all in stride.

Okay, now we go direct to the source, the man behind it all, the boss: Walter von Kanel who has been with Longines since 1969 and at its helm since 1988.

Much like when he first saw the Longines workshop in St. Imier Valley as a young boy, the 78-year-old CEO is excited when asked about the watches of his company today. In fact, despite injuring his hand while doing housework a day before (he appeared in this interview with a bandaged pointer finger), he is full of energy, launching into stories and unleashing details, numbers, and opinions at a rapid clip.

It’s interesting to note how different the two men discuss watches. While Jung talks about these precious objects with poignant emotion, von Kanel delivers only facts. “You know you can only measure your popularity by figures and the figures are very much in my favor because the [Master Collection is] 33 percent of my business,” he says when asked why he thinks it is such a success.

He also brings up a 1994 study that revealed how people perceived the brand. For the 1,000 respondents, Longines is synonymous with elegant watches and, maybe more important, has “an excellent ratio price quality.” Taking cues from this insight, the company pivoted toward, what von Kanel calls, elegant sport. “And we decided to focus on a price segment where we feel we are number one—between, let’s say, 1,000 and 2,500 Swiss francs (around P51,000 to P130,000). Very simple,” he adds.

That price range, which he describes as crazy (“...because it drives the competition nuts!”) is of note. Where else can you get a beater with such pedigree, expertise, and expensive looks at an agreeable cost? These have, no doubt, made the Master Collection a favorite among clients and a top performer in Longines’ portfolio.

The new models come with either a stainless steel bracelet or a black, brown, or blue strap.

Von Kanel distills Longines’ success more succinctly, repeating three values over and over again throughout the discussion. “Consistency, continuation, and focus,” he says like a mantra. The clear direction is the secret and the key to the triumph of Longines in the league of watchmaking giants with fancier names.

And all these are apparent in the new moon watches on his and Jung’s wrists. “I like it because it’s a simple, successful, and a complementary feature or movement in the global collection,” the CEO says.

That the moon phase is the focal point of the new watches of the Master Collection is fitting. You don’t really need to know the position of the moon to figure out if you’re on time or already late, but you still appreciate it because it adds an intangible value that goes beyond tradition (early man tracked time by looking at the night sky), technique (that moving moon is a watch complication), or adornment (you can’t deny that it is a pretty little thing).

Maybe a watch that tells moontime points to a memory. Maybe a refined timepiece is a gift from someone special. Maybe this watch with a superfluous complication signifies your ability to buy whatever you want just because it makes you happy. And maybe you already know that a watch means more than hours, minutes, and seconds, and that’s why you still wear one today.

SM Megamall and Lucerne at Glorietta 4, Shangri-La Plaza Mall, and Shangri-La at the Fort. longines.com 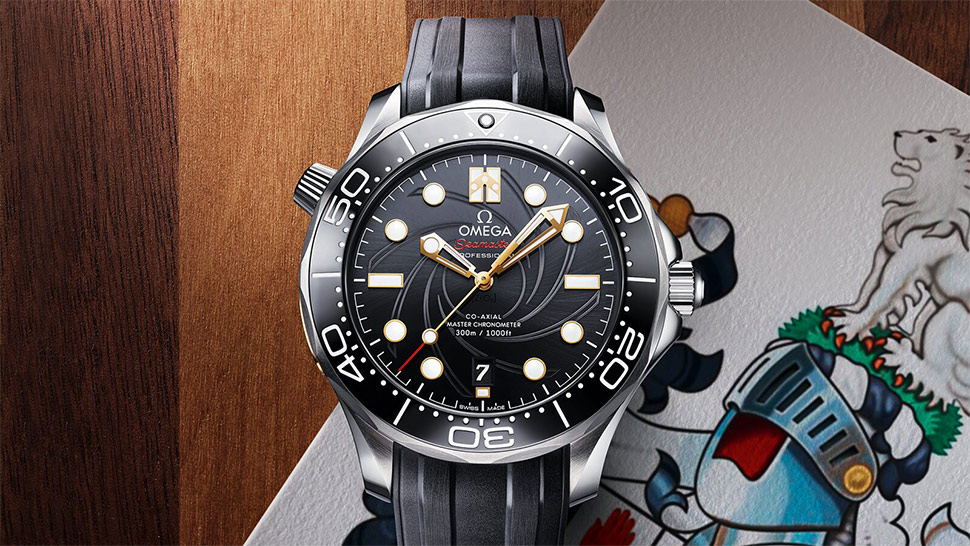 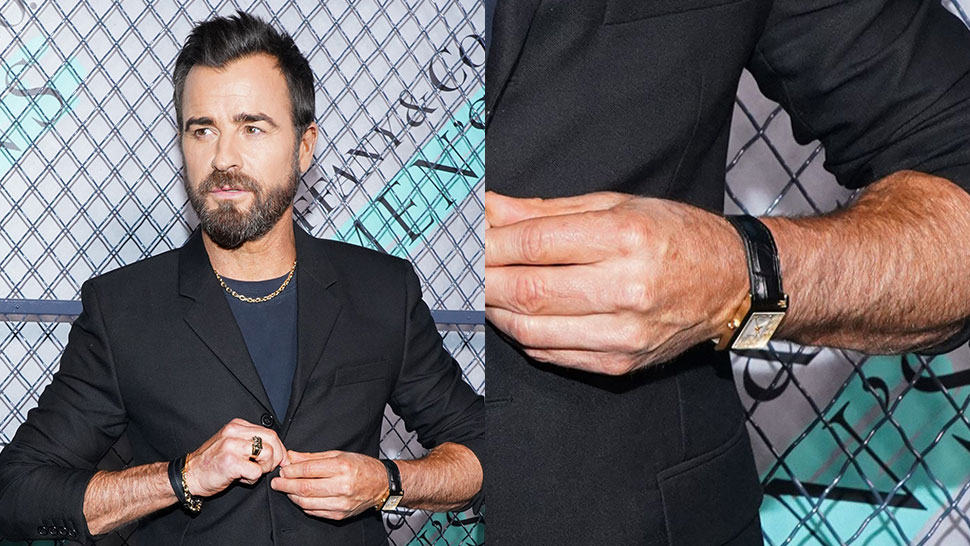