The Love Story of Nicholas II and Alexandra, the Last Tsar and Tsarina of Russia

The Romanov couple left behind a romantic-and forbidden-love story that's remembered until today. 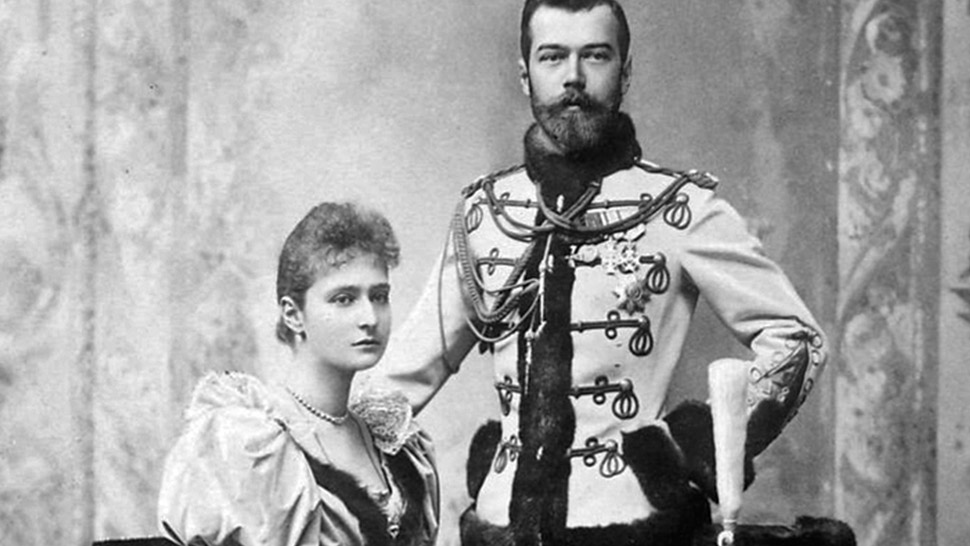 A fairytale match, the story of Nicholas II and Alexandra is one of love and strife. Constantly embroiled in familial and social politics, the couple remained in love until their tragic end exactly 100 years ago.

1. As teens, they met at a wedding and fell in love. 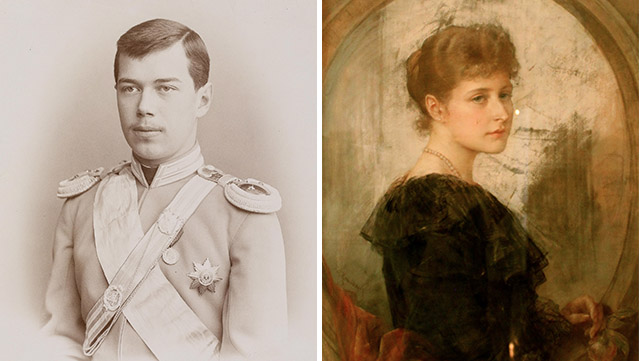 The couple first met in 1884 at the wedding of Nicholas’ uncle, Sergei Alexandrovich, and Alexandra’s older sister, Elizabeth of Hesse and by . Despite their young age, it was love at first sight for both.

The young couple would continue to see each other over the years as distant relatives, but it was a visit by Alexandra in 1889 that solidified their love. Nicholas wrote in his diary that “It is my dream to one day marry Alix H. I have loved her for a long time, but more deeply and strongly since 1889 when she spent six weeks in Petersburg.”

2. They were rebels who went against their families to marry. 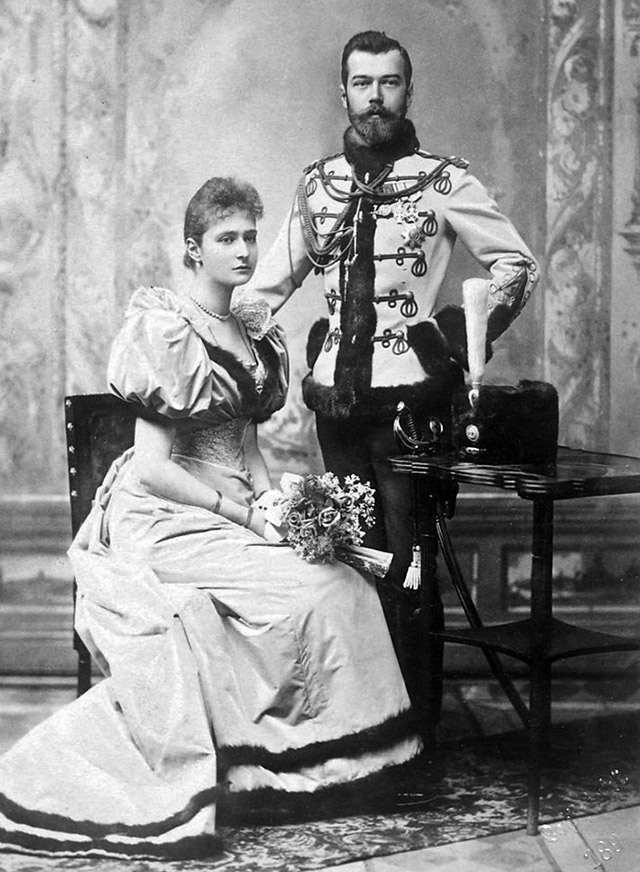 Despite the young couple’s deep love for each other, both their families wanted them to marry other people. Alexandra, the favorite granddaughter of her maternal grandmother, Queen Victoria, was envisioned to be the next queen of Britain, for one; while Nicholas was expected to marry the daughter of the Comte de Paris.

Fortunately, Alexandra rose up against her grandmother and refused her first cousin, the Duke of Clarence and Avondale, while Princess Hélène refused Nicholas on the grounds that she would not give up her Catholicism in exchange for Russian Orthodoxy. This bit of good news for the couple did not go well with either family, however, as Queen Victoria did not like Nicholas’ father, Alexander III, and feared that the Russian political landscape would only hurt her granddaughter.

Alexander III, on the other hand, despite being Alexandra’s godfather, was strongly Anti-German and did not approve of her position as a minor princess for his son. 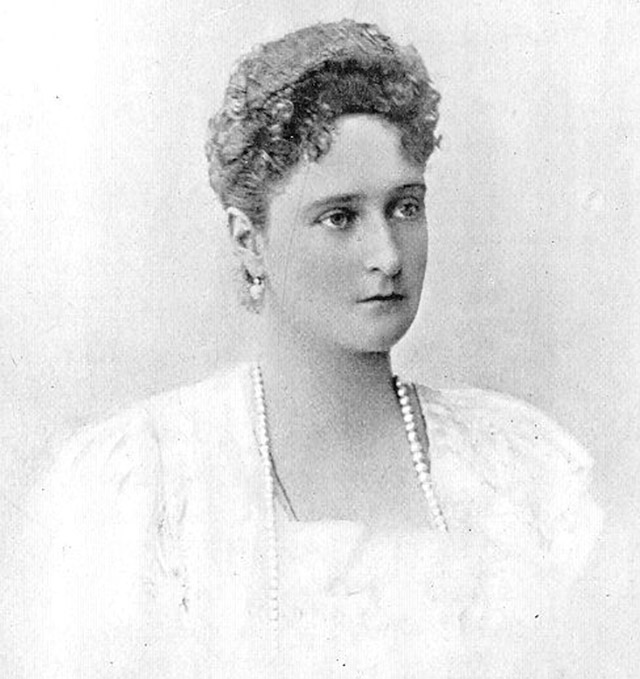 Similar to the British royal family, marrying into the royal family of Russia required a partner to convert to the Russian Orthodoxy for the union to be valid. But Alexandra was a devout Lutheran and refused to give up her faith, effectively declining Nicholas’ offer for marriage. It was only after the gentle prodding of her sister, Elizabeth, did Alexandra relent and accept Nicholas as her fiancé.

4. They exchanged letters every day until they could see each other again. 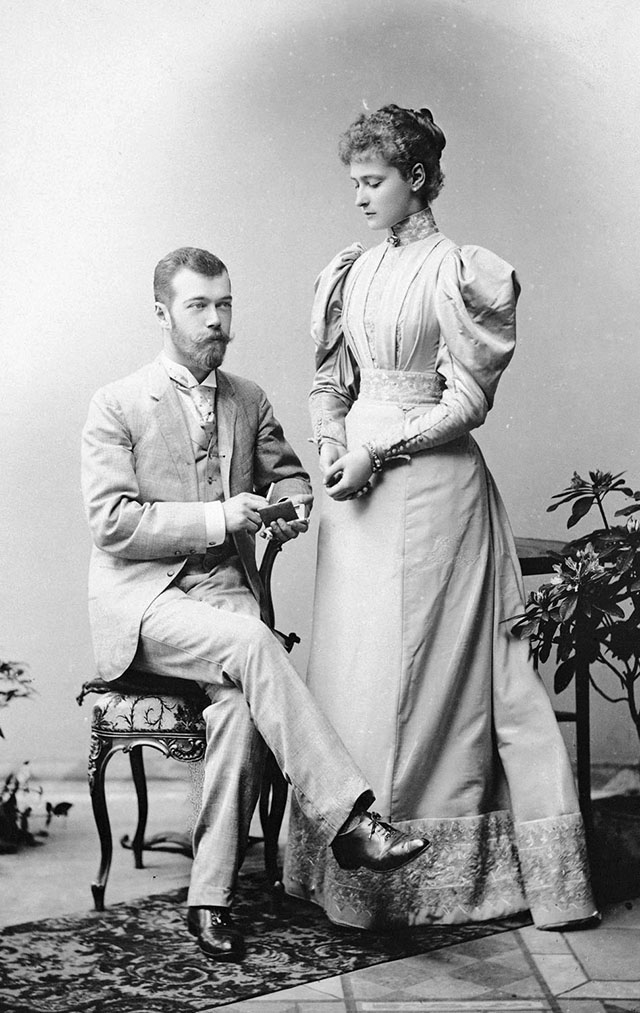 Unfortunately for the new couple, Alexandra was due to go back to England to be with her grandmother, while Nicholas had to return to his own country. To bridge the distance, the two exchanged letters daily. Each letter had a number to mark the days they were apart. With letters transported by Nicholas’ brother, the two young lovers exchanged letters of their everyday lives while apart. They took to calling each other sweet nicknames, such as “Sunny” and “Lovey.” It was during this time that Nicholas was able to slowly convince his family to let him marry the German princess.

5. They received the Russian emperor’s blessing on his deathbed and married after his funeral. 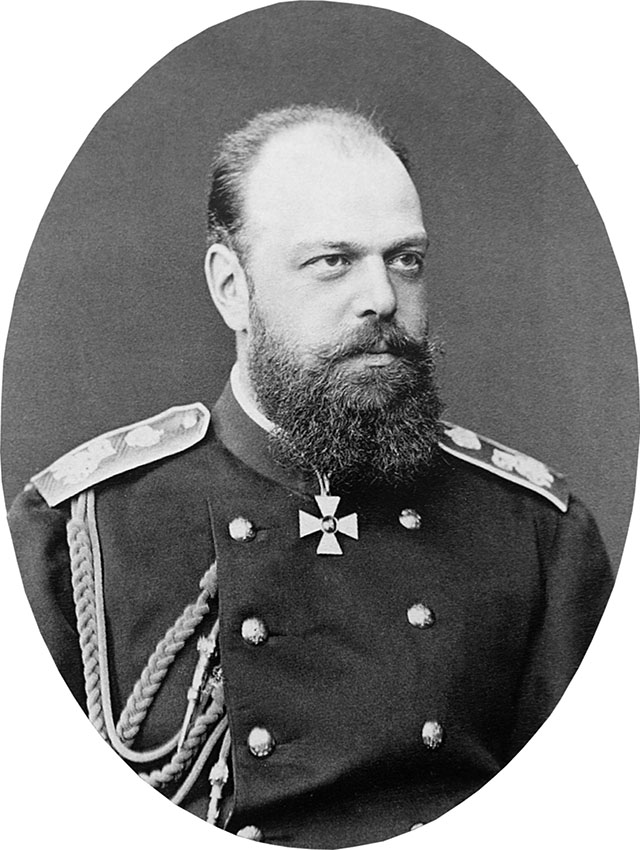 Tragedy struck the Romanovs in 1894, when Alexander III, Nicholas’ father got severely ill. As the fiancée to the future emperor of Russia, Alexandra was summoned to her godfather and future father-in-law’s deathbed. From Germany, Alexandra hurried to Livadia, a small palace in Russia, where the tsar awaited his final breath. It is said that the tsar, while willing to finally give his blessing to Alexandra, was unwilling to see her unless he was wearing a full uniform.

Nicholas was wrecked with sadness and feared he was not ready for the throne. Not long afterward, Alexandra's family was shocked when the Romanovs had her convert to Russian Orthodoxy on the day of Alexander III’s death. She made her first public appearance in Russia at the funeral of her would-be father-in-law. The wedding of the young couple came less than a month after the monarch’s funeral. Alexandra admitted to her sister Elizabeth that her wedding was “a mere continuation of masses for the dead."

6. They had five children in quick succession. 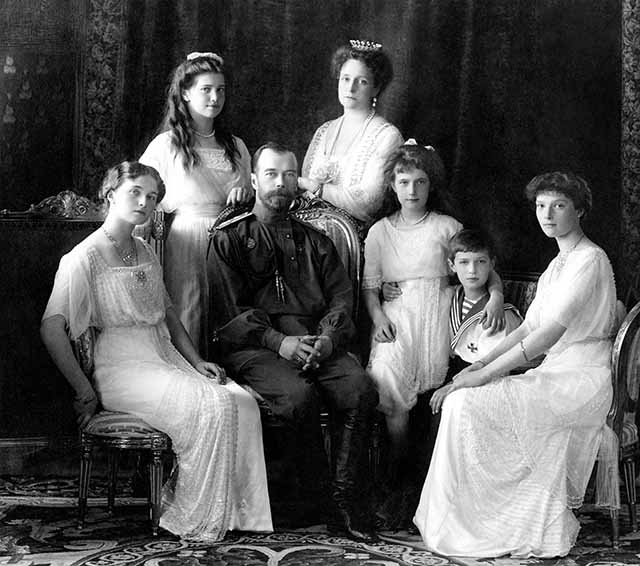 The Russian Imperial family in 1913

As far as the public was concerned, Alexandra’s only duty was to give Nicholas a son and an heir to the throne. So when Alexandra became pregnant only a few months into the marriage, Russia was overjoyed. This birth, however, turned out to be a disappointment, as instead of an heir, a princess by the name of Olga was born. The couple did not give up though, as Alexandra continuously gave birth to three girls—Tatiana, Maria, and Anastasia—in the span of six years. Eventually, in 1904, the couple was finally blessed with a son, whom they named Alexei.

Unfortunately, Alexei was born with hemophilia, a life-threatening and incurable disease carried by Alexandra through her grandmother, Queen Victoria. This did not stop the couple from devoting everything to all their children, as Alexandra herself took to caring for them. Unlike most royals of the time, she fed her children from her own breast and taught them all that she was taught in her childhood, such as making the bed and baking cakes.

The daughters, in particular, grew up to be beautiful and well-educated women—all well liked by everyone and popular with the Russian people. Alexei too was well loved. His tutor, Pierre Gilliard, once wrote that “Alexei was the center of a united family, the focus of all its hopes and affections. His sisters worshiped him. He was his parents' pride and joy. When he was well, the palace was transformed. Everyone and everything in it seemed bathed in sunshine.”

7. They stood together until the end. 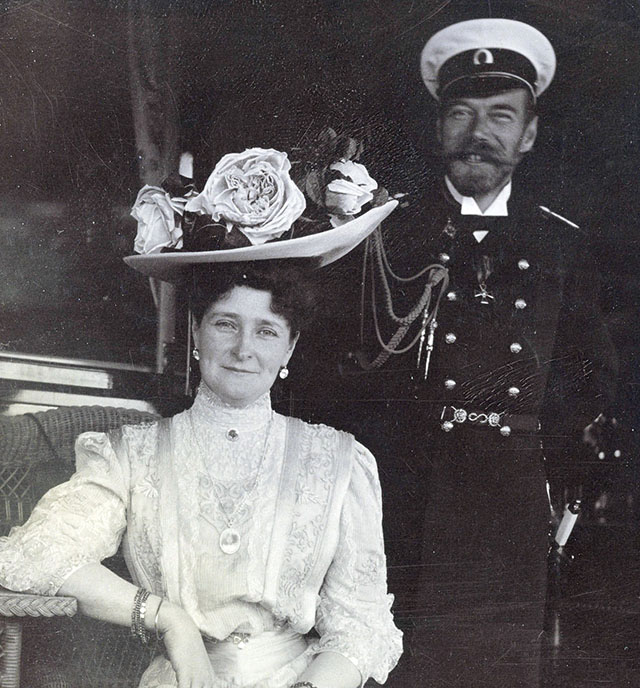 Unfortunately for Nicholas and Alexandra, their time in power was also a time of uprisings and public discontent. Communist ideology was starting to take root in Russian society in the early 20th century and that meant the removal of the monarchy was something heavily supported by the people.

The Romanovs were thus brought around to different safe houses until their final destination at the Ipatiev House in Yekaterinburg. It was here that they were awakened at 2 a.m. on July 17, and brought to a basement under the impression they were to be brought out again.

Nicholas was reported to have been carrying his weak son, Alexei, and had requested a chair for Alexandra. Unfortunately, instead of being brought to safety, they were shot to death by the Bolsheviks and thrown into shallow graves. Their remains have since been found and interred with the rest of the Romanovs. 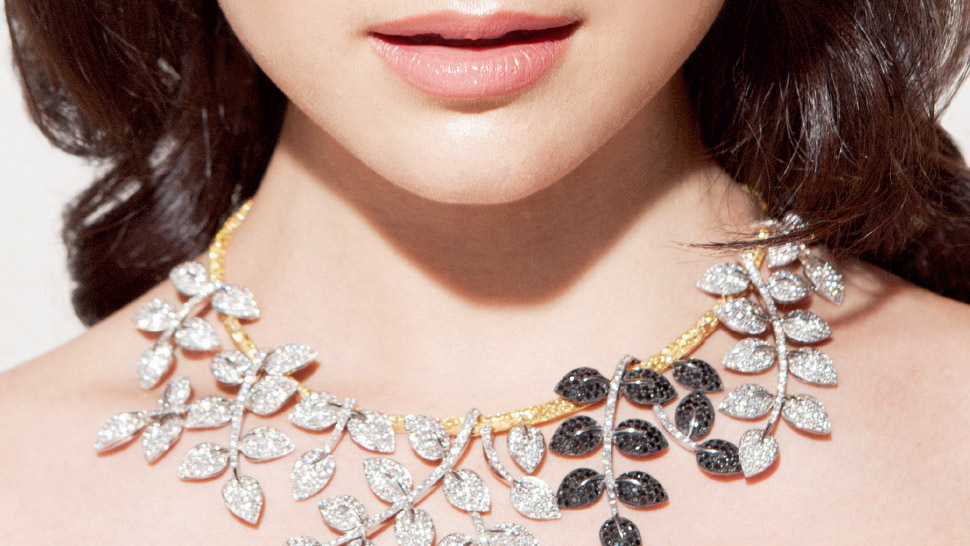 The 13 Best Fine Jewelry Designers in the Philippines 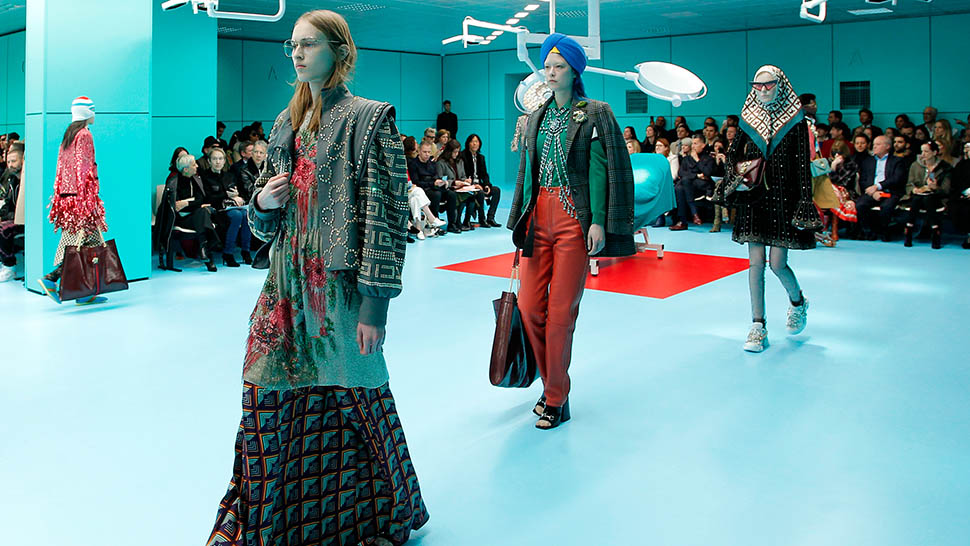 The Weekly Covet: The Best Accessories from Gucci's Fall 2018 Collection
All Photos
Comments
View As List