‘Sonic the Hedgehog,’ ‘Onward,’ and ‘Call of the Wild’ are for the rowdy bunch. 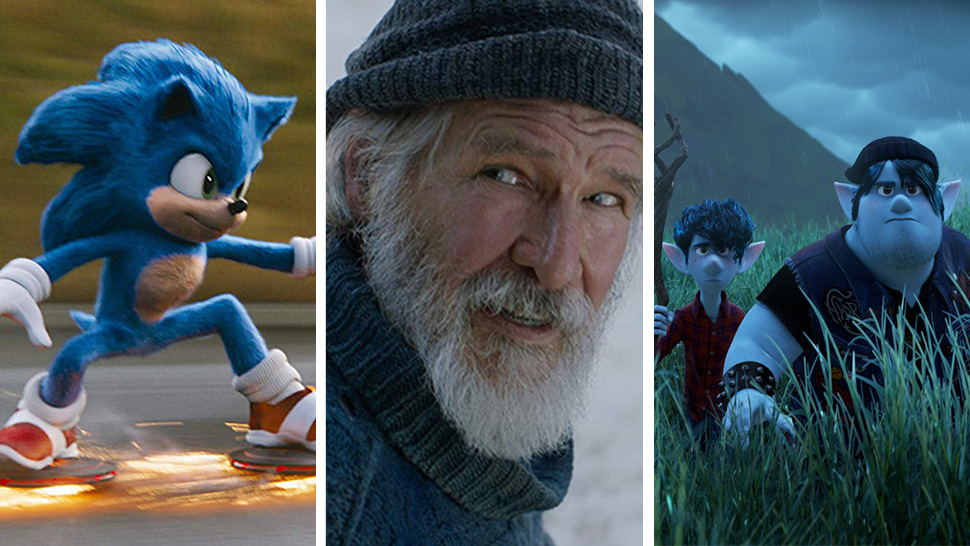 Out in theaters recently were Call of the Wild based on Jack London’s novel, Sonic the Hedgehog, based on Sega’s flagship character, and Pixar’s fantasy adventure with a twist, Onward. All three films are great family entertainment, so any of them are good choices for a night out at the movies.

Call of the Wild is a heartwarming doggy tale without an actual doggy.

Dog lovers might want to head on out to catch Call of the Wild, a story about a dog getting in touch with his wild side set in the frontiers of Yukon, Canada. Ironically, the one caveat about the film is that its lead character, the rowdy but good-hearted St. Bernard-Scotch Collie mix named Buck, isn’t actually a real dog. Buck is entirely computer generated and it’s more than a little disconcerting.

The uncanny valley is in full effect, especially because Buck has perfect comedic timing and acts just as well as a human can. It’s something of a disservice to performing animals but also a testament to how far technology has come. Computer-generated imagery will certainly replace human performers at some point, and canine actors are probably just the first to fall by the wayside.

That said, if you can get over the feeling that something’s just a little off about the dog, Call of the Wild is a surprisingly entertaining story that cameos Harrison Ford’s septuagenarian abs. Set in the 1890s during the Klondike Gold Rush when sled dogs were in high demand, the movie follows the novel rather closely, but updates it for more politically correct sensibilities, changing the final antagonist into a crazed, rich white man as opposed to the tribe of Native Americans. It feels like a familiar Disney Classic (it’s by 20th Century Studios), an earnest, heartwarming dog’s tale without the actual dog.

Sonic the Hedgehog celebrates all the things we loved about the video game.

Then there’s Sonic the Hedgehog, the blazing blue hero of the eponymous video game by SEGA. If Buck is an ultra-realistic, if slightly unsettling CGI dog, Sonic was almost an ultra-realistic, extremely unsettling CGI anthropomorphic hedgehog. The first trailer featuring a more human-like version of the video game character with smaller, separate eyes and a more human physique was so poorly received by the public that the production team turned tail and pushed back the release of the film in order to redesign Sonic. Redoing Sonic’s character design and animation cost the studio an estimated $5 million but turns out to be the smart move because human-like Sonic was absolutely horrifying and nobody would’ve gone to see the film.

Instead, we get a familiar and actually lovable Sonic (voiced by Ben Schwartz) who goes up against Dr. Robotnik, his mad scientist arch nemesis who’s brought to gleefully demented life by the singular Jim Carrey. Casting the rubber-faced Carrey was a stroke of genius as his performance as Eggman is a refreshing reminder of why he largely defined cinematic comedy in the ’90s and early 2000s. Carrey is his melodramatic and over-the-top self yet it’s still a subdued performance by his standards, which is just the right serving in a children’s movie.

Sonic the Hedgehog is crazy fun. It’s an unabashed celebration of everything we loved about the video game. The plot is extremely simple: Sonic has untold power and bad guys obviously want that power, so he’s sent to earth by his caretaker, a strangely humanoid giant owl who tells him to never show himself to anyone. In Sonic’s loneliness and frustration after having no one to interact with for years, he inadvertently attracts the attention of the U.S. government who then sends its best and brightest, if mentally unstable, Dr. Robotnik, to investigate.

Adding to the hilarity is the comedically gifted James Marsden, who plays Sheriff Tom Wachowski, a good-hearted man who aspires to join the San Francisco Police Department because there’s just nothing much happening in the sleepy town of Green Hills. Marsden is goofy and lovable, a good guy the audience will want to cheer for and is a perfect foil for the brash and mischievous Sonic. It’s the buddy cop formula except that one is a sheriff and the other is a supersonic blue hedgehog.

If you grew up playing Sonic on the SEGA Genesis or any version of Sonic at all, you’ll enjoy seeing the character on the big screen. There are a lot of Easter eggs (Green Hills is a nod to a zone in the game) from Robotnik’s mustache to the island where Sonic grew up; it even includes a hilarious homage to the badly drawn Sanic meme. The film is a great way to introduce kids to a character who hasn’t been in the pop culture spotlight for a while but is considered to be one of the greatest video game characters of all time. The filmmakers also probably deserve moviegoers’ money for listening to criticism and taking extra effort and production dollars to make a better movie. All the characters are lovable, even Dr. Robotnik, whose ridiculously sociopathic antics and unstoppable inventions are a sheer delight. This is one video game movie that deserves to be enjoyed by the whole family.

Onward is Pixar’s funniest film yet.

Finally, there’s Pixar’s Onward, a family film of a different sort set in a world where magic gave way to technology because technology is easy and magic is hard. It’s Pixar’s loving homage to Dungeons & Dragons and the fantasy genre, following the adventure of two elven brothers as they try to see their late father one last time. When awkward elf Ian Lightfoot (Tom Holland) turns 16, his mother (Julia Louis-Dreyfus) gives him an artifact that his late father had instructed her to give when both his sons were adults. Ian’s older brother Barley (Chris Pratt) is an easy-going rocker who spends his time playing with his fantasy—or in this case, historical—miniatures and card games.

Ian Lightfoot’s gangly frame feels like a reskinned Linguini from Ratatouille, so it’s a little distracting at the start. But when you get over that hump, the adventure begins. There’s nothing incredibly original about the quest, which feels like a by-the-numbers treasure hunt. But director Dan Scanlon (Monsters University) peppers it’s with just enough humor and irreverence to have some pretty memorable moments such as a bridge of faith that’s reminiscent of Indiana Jones and the Last Crusade or a giant cheese puff raft.

Onward isn’t concerned about fitting into boxes, with one of its biggest gags being Barley’s jock-like appearance and demeanor while actually being a huge geek. There’s a quick scene where a female police officer mentions her wife, normalizing gay relationships even in a fantastical world.

There was no real need to set the story in a modernized and commercialized caricature of a fantasy world that’s forgotten its wonder other than to have a plethora of sight gags and inside jokes. From shops like Burger Shire and Master Froyo to a soft drink called Mountain Doom, the whole setting feels like it originated from a drunken “what if” moment and it doesn’t quite work completely because everything is still designed for humans, which makes very little sense. Their mother’s boyfriend is a centaur cop who improbably rides a car, which is an ergonomic impossibility. A biker gang of palm-sized pixies rides around in normal-sized motorcycles. In essence, the whole setting is a setup for jokes.

That’s fine, though, because Onward is Pixar’s funniest film yet. Pratt channels Jack Black in his booming declamations, his character Barley validating every seemingly lackadaisical goof-off who spends too much time with their hobbies. While the film is ostensibly about the brothers’ quest to see their father, who died when Ian was just a baby, it reveals itself to be a much deeper homage to all the siblings who have had to pick up the slack after the death of a parent. It’s thoughtful, endearing, funny, and undeniably Pixar.

When Is the Parasite TV Series Out? Rumors, Trailers, Teasers And Everything We Know
All Photos
Comments
View As List