Here’s a shocking piece of information: Emilio Aguinaldo had Andres Bonifacio executed after a sham trial in a bid to secure his power-base in the Katipunan, ultimately leading to a shift in revolutionary ideals and paving the way for American colonialism.

But not to be reductive. The first phase of the Philippine Revolution was fraught with conflict, both internal and external. The early failures of the Katipunan in Manila coupled with Aguinaldo’s successes in Cavite gave rise to factionalism within the ranks between Aguinaldo’s Magdalo and Bonifacio’s Magdiwang groups.

All of these culminated on March 22, 1897, when Aguinaldo was voted as the president of the Tejeros Republic, and Daniel Tirona questioned Bonifacio’s appointment as director of the Interior. This led to Bonifacio walking out of the convention. Aguinaldo, for his part, tried to make amends, but ultimately felt he had no other choice but to have Bonifacio killed to prevent any splintering of the ranks.

But let’s ask ourselves: What if Bonifacio didn’t die?

How It Could Have Gone Down

1| He could have continued with his Naic Republic.

Historically, Bonifacio retreated to Naic, Cavite after rejecting the Tejeros convention on grounds of electoral fraud. He and his supporters drew up the Naic Military Agreement and declared the Tejeros Republic illegitimate, hoping to form one of their own. Aguinaldo tried to persuade Bonifacio to cooperate but the latter refused. Eventually, Aguinaldo had Bonifacio arrested and executed on grounds of treason, but not after consolidating his power-base and getting Bonifacio’s supporters like Pio del Pilar and Mariano Noriel to renege their support of Bonifacio.

Assuming Bonifacio’s support didn’t dwindle, however, he would’ve taken his supporters to Indang before retreating to Morong (now Rizal), north of Manila. The Revolution would then become a three-way fight between Aguinaldo, Bonifacio, and the Spanish.

What this ultimately spells for the Revolution, however, is defeat. Spanish Governor-General Francisco Primo de Rivera would never consider a truce against what would evidently be disunited rebels. He could easily crush Aguinaldo’s faction in Cavite and cut off Bonifacio in Morong.

With Aguinaldo gone, a Bonifacio waging a protracted peasant war without the support of the ilustrado elite will eventually result in disaster. The most logical course would be to engage in guerilla warfare and build bases within the countryside, but Bonifacio wasn’t known for his tactical genius. The Revolution would most likely peter out in defeat.

2 | He could have accepted the post of director of Interior.

Bonifacio was willing to accept the post of director of Interior under the Aguinaldo cabinet. He would have been in charge of statistics, roads, agriculture, public information, and public order, similar to the contemporary Department of Interior of Local Government.

More important, there would’ve been no split in the Katipunan ranks. Aguinaldo would be free to consolidate his power-base among the Cavite elite and, in the end, agree to terms of surrender in Biak-na-Bato.

It would be unlikely, however, that Bonifacio would follow Aguinaldo to exile in Hong Kong. Most likely, he would choose to stay in the country and continue to fight, much like his contemporaries Emilio Jacinto, Macario Sakay, and others. Bonifacio was the Supremo and people would definitely rally toward him to continue the struggle.

His continued presence in the Philippines would also splinter the Revolution. The fact that he stayed while the elites of the Hong Kong junta decided to leave would show that Aguinaldo and his men sold out revolutionary ideals, no matter what the truth was. Aguinaldo would still most likely come back with U.S. backing, but the Filipino people would be more likely to support a Bonifacio who stayed than an Aguinaldo who left.

3 | He could have become vice president. 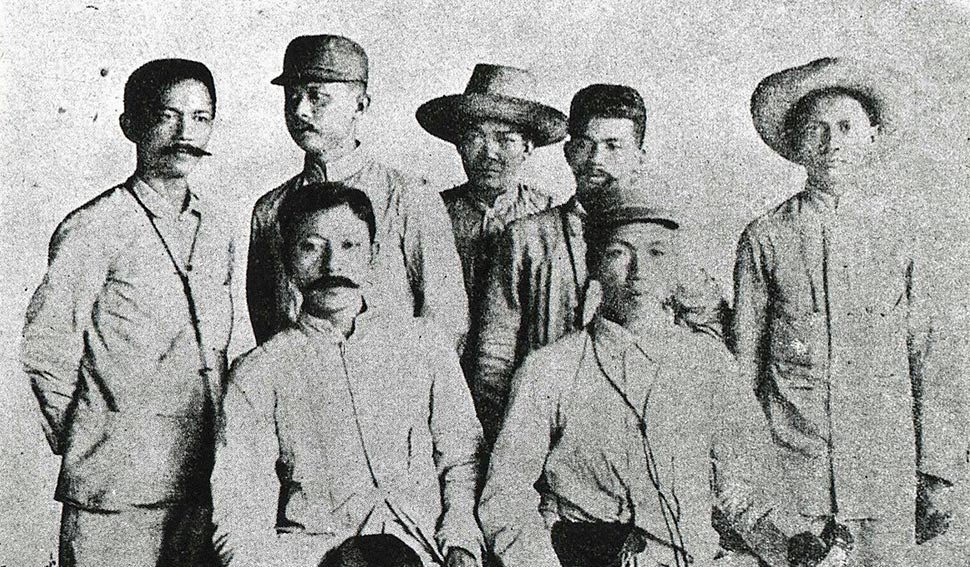 Historically, Severino de las Alas tried to make Bonifacio the vice president of the Tejeros Republic following his electoral defeat. This didn’t really pan out and Mariano Trias became the vice president. Trias would go on to become a high-ranking remember of the Revolutionary government until Aguinaldo’s surrender to American forces in 1901.

Had Bonifacio been vice president, he would have wielded greater power in the Aguinaldo cabinet, which could probably be enough to dissuade Aguinaldo from agreeing to the terms of Biak-na-Bato. Aguinaldo and his men signed the Pact of Biak-na-Bato as a concession to Primo de Rivera, who saw that the revolution could not be defeated by force of arms.

In the end, Aguinaldo ended up signing off on Biak-na-Bato, choosing exile and reparations in lieu of independence or even concessions of rights after back and forth negotiations with Pedro Paterno. In this way, the first phase of the Revolution failed to achieve its anti-colonial and anti-feudal objectives. 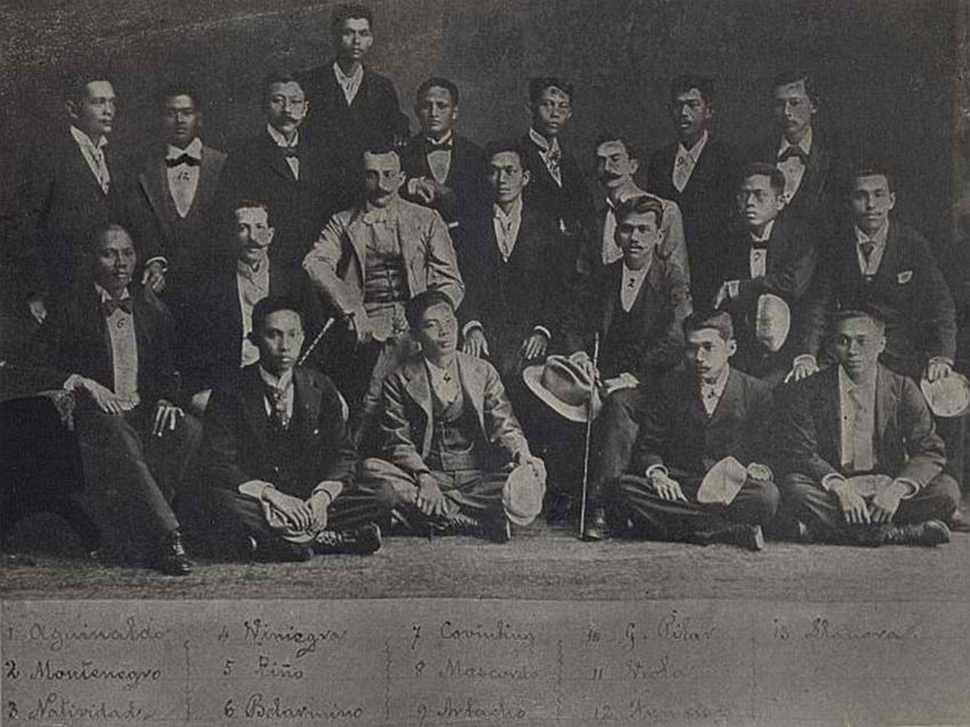 Having Bonifacio seated as vice president, however, could change that. Unlike the ilustrado Aguinaldo, Bonifacio had nothing to lose and everything to gain with the Revolution, and so was fully committed to it. He would understand that they had the people on their side and would argue not to sign to any concession. The Pact of Biak-na-Bato would probably not push through and the Katipunan would most likely hold on until Spain’s attention becomes diverted once more due to the Spanish-American War less than four months later.

4 | He could have become Supremo.

Bonifacio was the Supremo of the Katipunan. As its founder and leader, he led the initial secret society toward the path of armed struggle. The Tejeros convention established a new Republic with Aguinaldo as its leader, thus shifting the aims and priorities of the Revolution.

Bonifacio as the undisputed President of the Republic would be the most interesting scenario by far. He would have to balance multiple interests. Aguinaldo’s Magdalo faction wouldn’t take too kindly to an all-Magdiwang cabinet, and Aguinaldo would probably still have a high position in it

More than that, however, Bonifacio would have to contend with the widening scope of the Revolution. The Katipunan was an anti-feudal and anti-colonial peasant struggle aimed at emancipating the farming class. It was as bourgeois as it was vaguely socialist, and it’s the latter that would be most contentious. Ultimately, a Bonifacio-led Republic wouldn’t even think of going into talks with Spain.

There’s no guarantee, however, that Bonifacio would last as President. Bonifacio was a charismatic leader, to be sure, but historically he was a middling commander and not a great politician. It was Aguinaldo who was able to secure crucial victories for the Revolution, and it was Aguinaldo who was able to survive in the political climate. Bonifacio would have to rely on generals like Aguinaldo to continue with their successes, while fending off any political machinations they might have.

It would seem, though, that not even Bonifacio could defeat one of our country’s biggest problems: bureaucrat capitalists and their vested interests.

Guerrero, A. Lipunan at Rebolusyong Pilipino.

An Upcoming Graphic Novel Tells the Tale of Magdalena Leones, a Spy and Guerilla Fighter
All Photos
Comments
View As List