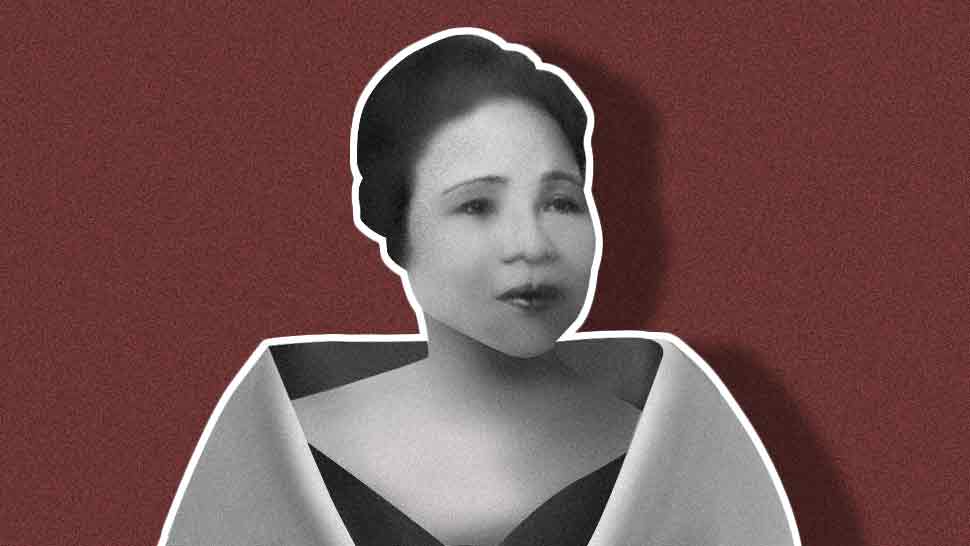 It’s women’s month, and it's a good time to read about women in Philippine history whose fire, fury and spirit were enough to raise hell. Names such as Carmen Rosario (cinema superstar and guerilla sharpshooter), Melchora Aquino (grand old woman of the Revolution), Teresa Magbanua (Visayan Joan of Arc), and Maria Orosa (war heroine and the country’s first food technologist) are just some names that litter the history pages about exceptional Filipino women.

Geronima Pecson was not like these women. She did not fight in a revolution, nor did she invent something. Prior to becoming the first woman senator of the country in 1947, Senator Geronima Tomelden Pecson served as the secretary of President José P. Laurel during World War II.

Pecson aided President Laurel in saving the lives of countless Filipinos during the Japanese occupation of the Philippines by working as part of an underground movement under then General Manuel Roxas. Together, Laurel, Roxas, and Pecson secretly supported guerilla forces in the country.

After the War, Laurel was tried for allegedly conspiring with the Japanese at the expense of the Philippines, but was later proven innocent. Pecson found herself a new job as President Manuel Roxas’ assistant executive secretary in 1946.

Her job as presidential secretary for two presidents gave her enough name recall to run and win in the 1947 senatorial elections, becoming the first woman senator of the Philippines.

Prior to entering life in politics, Pecson aligned herself with the first feminist movement in the Philippines. She was the as co-founder, board member, treasurer, and first vice-president of the National Federation of Women’s Clubs of the Philippines (NFWCP), which was formerly known as the Society for the Advancement of Women.

Pecson and her women allies at the NFWCP were responsible for the vigorous campaign for women’s right to vote, which was granted on April 30, 1937. Their campaign was so successful that when government asked for at least 300,000 women to vote in a plebiscite on universal suffrage, 447,725 or 90 percent of the women electorate in the Philippines turned up and voted for in favor of suffrage.

The NFWCP produced some of the country’s most prominent women in power such as Josefa Llanes Escoda (war heroine and founder of the Girl Scouts of the Philippines), and the first elected Congresswoman, Rep. Elisa Ochoa of Agusan, who was elected in 1940.

Just like when she was a humble school teacher in the 1910s, Pecson avoided fanfare and grandstanding when she became senator in 1947, earning her the nickname “The Silent Worker.”

She championed women's welfare, free education, and pioneered legislation for Vocational Education Act, which paved the way for the creation of technical and vocational training facilities around the country.

She was also instrumental in creating the College of Forestry in the Los Baños campus of the University of Philippines.

Pecson ran for a second term in 1953, but lost. She placed 9th out of 20 candidates. She needed to place 8th. Nevertheless, she received the votes of 1,349,163 Filipinos, comprising 31.2 percent of the national electorate.

Since her time at the senate, more women have been elected senators: Pacita Paterno Madrigal Warns in 1955, Maria Kalaw Katigbak in 1961, Tecla San Andres Ziga in 1963, Eva Estrada Kalaw in 1965, and Magnolia Welborn Antonino and Helena Zoila Tirona Benitez in 1967, among others.

Geronima Pecson preferred working in silence, allowing her work to speak for her. Her efforts as senator and co-founder of the NFWCP definitely shattered the glass ceiling, erasing doubts that women in politics are less capable than men.

The Rise and Fall of Banco Filipino