A Short History of the Proposal to Rename the Philippines... Malaysia

And why we haven’t changed the country’s name after all these years. 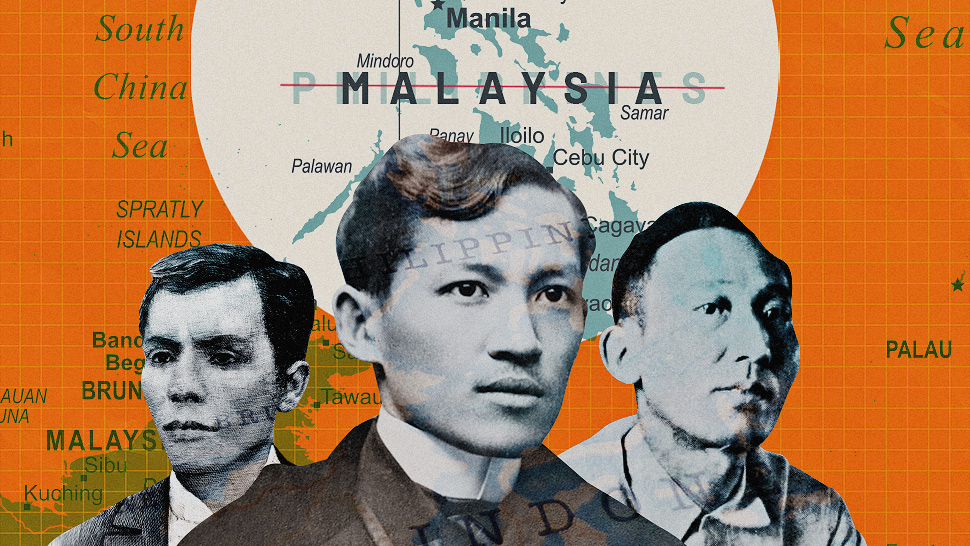 Most of us were taught in grade school that the country got its name from King Philip II of Spain. Initially, Las Islas Filipinas referred only to the islands of Samar and Leyte, which was bestowed upon it during the expedition led by Ruy Lopez de Villalobos in the mid-16th century. Eventually, it stuck and became the name of the entire country.

We also know that the Philippines gained its independence twice: first from Spain in 1898, and then again from the United States in 1946. But the big question is why, despite hundreds of years of colonial rule, the country never changed its name to something that doesn’t have colonial attachments.

The process of changing a country or city’s name isn’t exactly uncommon. Many other places in the world have changed their names for one reason or another. Cambodia was once known as the Khmer Republic and Kampuchea, Sri Lanka was the old Ceylon, Malawi was formerly Nyasaland, Burkina Faso was Upper Volta, and Eswatini is the former Swaziland.

In the Philippines’ case, the fact that we never got around to changing the name certainly isn’t because of a lack of trying.

After the country got rid of its conquerors and was finally free to run itself, several names were proposed to call the new Republic. One of the first was Haring Bayang Katagalugan or the Tagalog Nation, and one of its strongest proponents was Andres Bonifacio. But if you’re from anywhere that isn’t from the Tagalog-speaking cities and provinces of Luzon, you can understand how problematic it was. Not everyone in the country speaks Tagalog, and the name, critics said, reeks of regionalism.

One that gained some traction was Rizalia, which was, of course, in tribute to our national hero. Hey if Bolivia could do it, why can’t we? (Bolivia is named after Simon Bolivar, a hero of the South American continent who led many nations there to independence from Spain). But there was one slight problem with this proposal: Rizal hadn’t actually pushed for total independence from Spain, just for more rights and freedoms for Filipinos. (Some have eventually conceded that Rizal did actually advocate for revolution, although at the time, he felt we just weren’t prepared for it). So that plan was nixed.

The Philippines as ‘Malaysia’?

What many people don’t know is that there was once a serious proposal to rename the country “Malaysia” in the early 1960s. It started with a Pan-Malayan Consciousness that began during the revolution against Spain in the late 1890s. This thinking was championed by the 'Brains of the Revolution' himself, Apolinario Mabini.

“While the Philippine Revolution of 1896 was the struggle for national independence, Mabini understood it in the broader perspective of the liberation of all Malayan peoples,” writes Prof. Dato’ Dr. Ahmad Murad Merican, a Senior Fellow with the Southeast Asia Research Centre and Hub at De La Salle University and professor of Social and Intellectual History with the International Institute of Islamic Thought and Civilization, International Islamic University (ISTACIIUM). “Mabini reminded his countrymen that they were 'malayos-filipinos.'"

Dr. Merican traces the Philippines’ ties to the Malay world in this commentary, citing evidence that included the ancient Laguna Copper Inscriptions, which was written in Old-Malay and bore similarities with the Kawi or Old Javanese script (used across much of Southeast Asia in the 16th century) and contained Sanskrit, Old Javanese, Old Malay and Old Tagalog words. This, scholars attest, was evidence of Malay culture in the Philippines during ancient times.

A Pan-Malayan Union was even organized by former student leader and patriot Wenceslao Vinzons. The group had members from the Philippines, Thailand, the Malay Peninsula, and Polynesia, used Malay language for secret ritual practice, promoted study of the Malay race, and aimed to develop a sentiment of unity, according to this paper. Some of its influential members included President Diosdado Macapagal and then-Senator Ahmad Domocao Alonto, who was also the group’s vice president.

According to Prof. Merican, the Pan-Malayan Union, which was called Perhempoenan Orang Melayoe, foreshadowed what is now Malaysia.

“It was one of the earliest manifestations of solidarity under the banner of Malay ethnicity,” he says. “The Filipino commitment to 'Malaysia' and the yearning to return to the Malay world can be found in the Tagalog ‘na walan ng malay tao—meaning ‘Lost of consciousness.’

“The return to consciousness is ‘nagkamalay,’ and ‘Malaya,’ which means freedom,” he adds.

It was Senator Alonto who filed a bill in the Senate to change the name of the Philippines to Malaysia in 1962.

But it was around the same time, while the bill was being debated in the Philippine Congress, that the name “Malaysia” was also adopted by Tunku Abdul Rahman, who was a leader of the Malayan nationalist movement and the first Prime Minister of what was to become the modern Malaysian state. On September 16, 1963, the Federation of Malaya merged with the former British colonies of North Borneo, Sarawak, and Singapore to become the Federation of Malaysia. (Two years later, though, in 1965, Singapore declared its independence from Malaysia).

In short, Malaysia beat the Philippines in the race to gain the right to use the name “Malaysia.”

Other names considered to replace “Philippines” over the years include Republic of Maharlika, which was favored and strongly advocated by former President Ferdinand Marcos Sr.; Luzviminda, which is, of course, a contraction of the country’s three main island groups; and even Kapatiran or Katipunan.

In the end, the search for a name that would satisfy everyone—or at least a good majority of the people—proved to be unsuccessful, and so we’ve kept the one we’ve had for nearly 500 years. 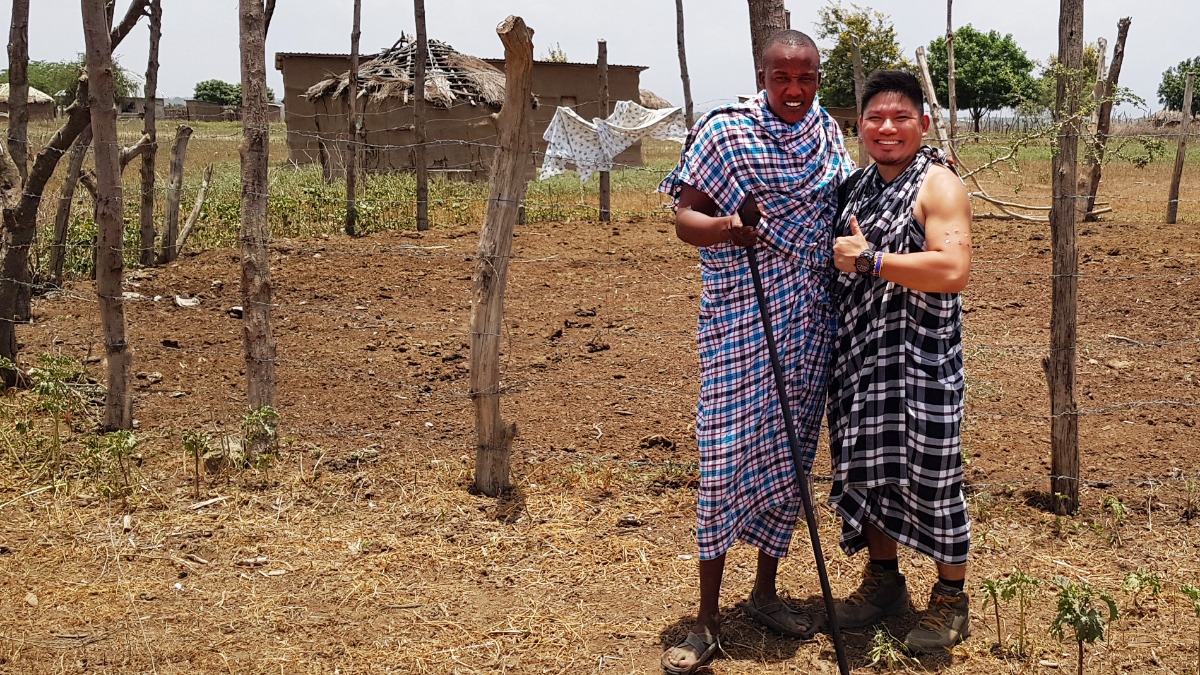 Branded by the Maasai: I Survived a Warrior Initiation in Africa's Rift Valley 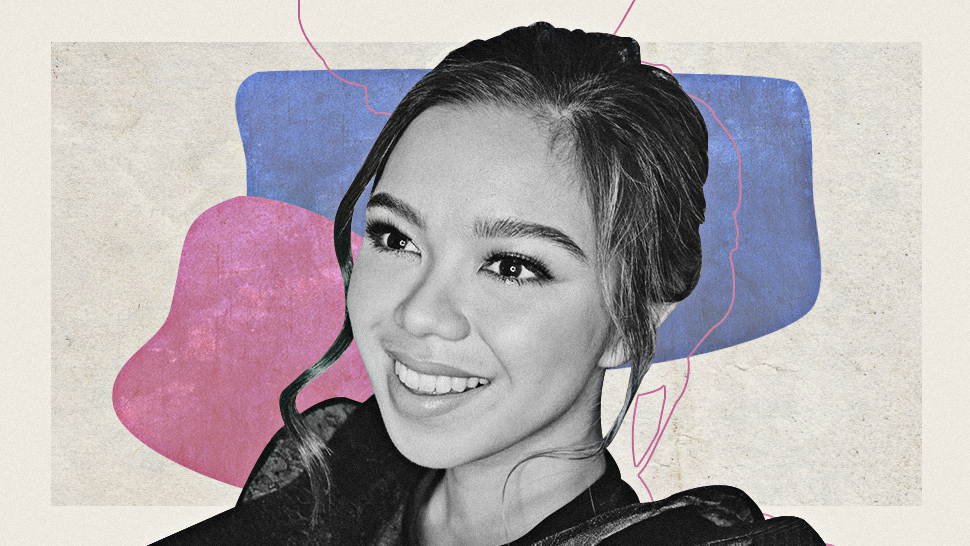