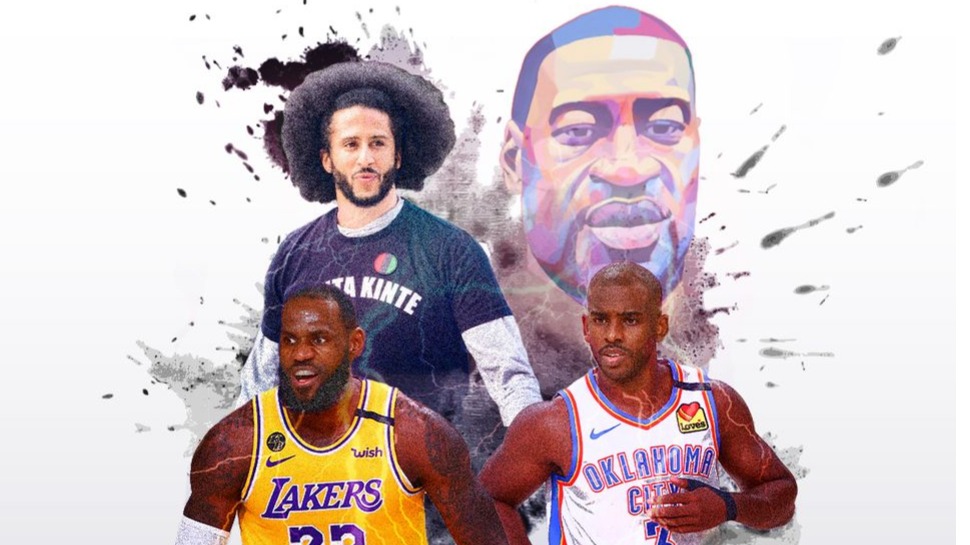 Let’s reminisce, shall we? On marveling at His Airness in ’89. How it felt to witness him catch the rock in Cleveland’s Richfield Coliseum, and with three ticks left, pound a pair of off-hand dribbles, rise, and hang lifetimes at the foul line before releasing a double-clutch J (over an outstretched Ehlo) that rattled the rim for the series clincher.

Remember the flood of pride at beholding Phelps at the Beijing Olympics—him lagging midpack at the turn of the hundred-meter butterfly final but powering down the last fifty meters and winning, on the utter last-stroke, his seventh of eight golds.

Recall the gobsmack of seeing King James in game seven of the 2016 finals—him swooping from the fifth dimension to smack Iguodala’s breakaway almost through the backboard, a last-minute feat that all but sealed the first championship for his beloved hometown.

But of late, I’ve been wondering if physical greatness alone will ever again suffice to anoint a hero.

His Airness is my pick—who you got?—for the GOAT of hoopers and has been touted far and wide as the greatest sportsman and most famous athlete of all time. And yet as much as this hurts my young self, MJ’s shut-up-and-dribble-jump-shoot-win-smile apolitical ethos would rank him much lower were he playing today. Check it, the sports hero was redefined on May 25, 2020—the day Derek Chauvin neck-kneeled to death George Floyd on camera. Not only did Floyd’s death catalyze the Black Lives Matter movement into the biggest global protest in the history of the world, it ushered into being a redefinition of American sports herohood. Bygone—the era where a sports hero is known most for his buzzer-beaters or bottom-of-the-ninth grand slams or Hail Mary miracles. The Floyd era is new in the challenge it presents for athletes to exceed measures of heroics now shifting quick fast alacritous—athletes risking COVID-19 infections to march in the early Floyd protests (shout to Steph Curry in Oakland, Damian Lillard in my hometown of Portland, Malcolm Jenkins in Philadelphia, Deshaun Watson in Houston). To be vocal and active leaders in new ways.

And to do it first.

Beaucoup players have now taken a knee—but who’s more known for it than Kaepernick?

Last week, multiple teams sat out games in protest—but none more notable than the Bucks, who did it first.

First is almost everything in this new era. First means that someone cared so much that they imagined something no one else had and hazarded a risk no one else thought to take, or dared to. That they seized the day without a consensus of consent or the stultifying drag of too much consideration.

Five days after the death of Floyd, on May 30, Beckham tweeted, “Violence isn't the answer...cops killing us is not the answer, us killing cops is not the answer. Violence will only bring more violence.” Two days after that tweet, OBJ caught smoke from Philadelphia 76ers star forward Tobias Harris in part for taking five days to post a response to Floyd’s murder. “Respectfully family,” tweeted Harris. “If you’re silent, we don’t know what side you’re on. And if we don’t know what side you’re on, it’s safe to assume you’re on the other side.”

Harris’ censure underscores another important demand of extant leadership: There’s no room for equivocating. Not only must an athlete state their position with their chest, they best proclaim it swift, and be damn sure it aligns with achieving justice for Black folks—a pursuit, by the way, often synonymous with holding white folks accountable.

There was Clippers star Paul George in those first days in the NBA bubble putting that ideal into action by dedicating a whole interview to Breonna Taylor. “I take this time to give my condolences to the family of the Taylors. Breonna Taylor, rest in peace. George Floyd, rest in peace,” George said. “There’s so many others out there...that have been brutally murdered by the hands of police. That's all I’ve got, that’s my message for everyone, and that will continue to be my answer.”

George was the first to refuse basketball questions in favor of highlighting an injustice, and others followed: In Chris Paul’s walk-off interview after his Thunder beat the Rockets in a playoff game on August 24, when asked about the win, he said, “I don’t know, that’s all good and well. I just want to send my prayers out to Jacob Blake and their family”—that was before homie wiped game sweat off his face. Can you imagine Isiah Thomas using a Pistons Bad Boy­–era postgame interview to decry the Rodney King beating? Sure, athletes spoke about injustice and police brutality before Floyd’s death, but it has never been so adamant, so focused. So immediate and unrehearsed.

You have to believe the old heroes are proud.

Peep that first paragraph, how all are towering achievements tied to performance, statistics, skill. “Heroics,” we’ve called them, which I don’t dispute, though I now refer you to other glories:

Picture Muhammad Ali striding into a Houston draft office in a metallic blue suit, refusing his induction into the Army, and informing reporters, “It is in the light of my consciousness as a Muslim minister and my own personal convictions that I take my stand in rejecting the call to be inducted.” Picture Tommie Smith and John Carlos, standing on Olympic podiums, draped in their gold and bronze medals, each punching a single Black fist into Mexico City’s thin air. (Quick quiz: Name their event?) Jump to Kaepernick (and Eric Reid)—often compared to those sixties heroes—braving a knee on the Bermuda grass of Qualcomm Stadium while petty officer first class Steven Powell belts “The Star Spangled Banner.” Cut to the Bucks boycotting their game following Blake’s shooting in their home state. To brave Naomi Osaka who did it solo-dolo in tennis.

The actions of all of those athletes were considered not just heroic but radical—because they were unprecedented. Hadn’t no one—and if they had, they were too chicken-hearted to try it—thought of raising a fist from the perch of an Olympic medal podium. One of the things that makes this era unlike any year before is the way it’s not only redefined the measures of heroism but cranked the speed of these moments. We still talk about Mexico City today because it was isolated in its courage and creativity. But we’ve had multiple Mexico City-type moments in just the last three months.

When the next injustice occurs—and there will be another, and another—heroes will be obliged to meet the moment with bigger, bolder, more sustained action ad infinitum.

Best believe athletes will be out on the front lines again, but what will be different is that in the future, their presence will be, if not an expectation, then at least a sight that’s a bit less remarkable. Recall that in the incipient days of athletes supporting BLM, King James caught flak for wearing an “I Can’t Breathe” T-shirt in his pregame warm-ups. Now compare that with a week or so ago, when he and some Lakers teammates wore red hats that read, “Make America Arrest the Cops Who Killed Breonna Taylor” and the nod sparked not the least bit of rebuke in sports circles.

What I mean is that there’s a flipside or else possible concomitant results of athletes feeling charged with leading a social movement: The prospect that with widespread activism, what’s radical today will become run-of-the-mill tomorrow, that when the next injustice occurs—and there will be another, and another—heroes will be obliged to meet the moment with bigger, bolder, more sustained action ad infinitum.

But I suspect those last points are too much of the pessimist in me mulling our future. One doesn’t become a pro, a star, or a hero by disbelieving in the impossible-seeming. Hopeful me must believe that the humans who reach their zenith when the stakes are championship, ninth-inning, fourth-quarter, last-set-or-stroke-or-second high, are more than up to the task of serving as the vanguard of this urgent new age. 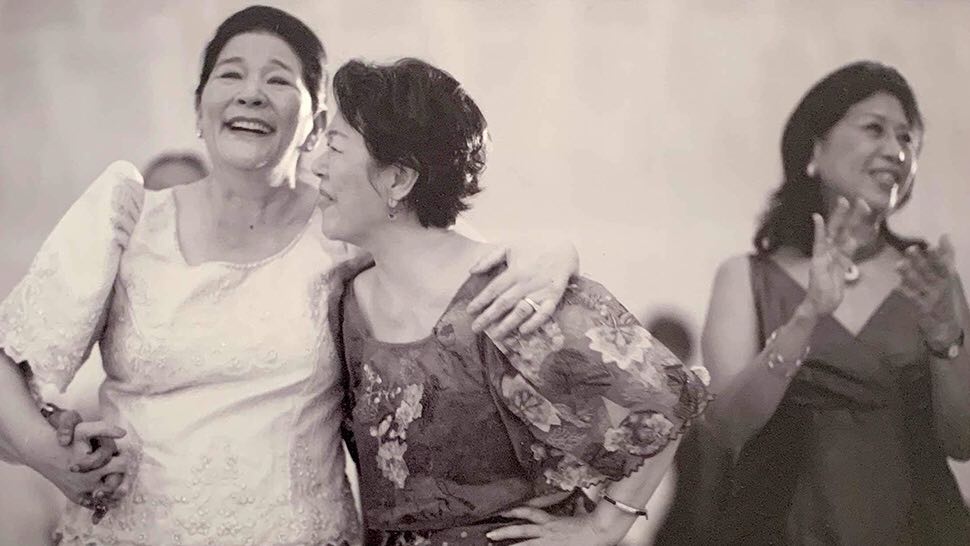 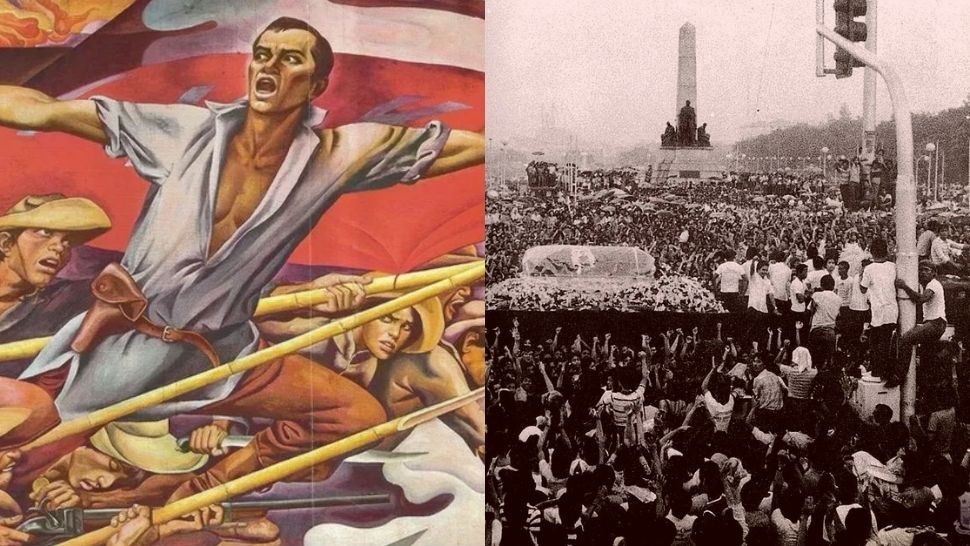 Everyone Should Learn History. But How Should It Be Told?
All Photos
Comments
View As List