The World's Most Beautiful Car? There's a Watch for That 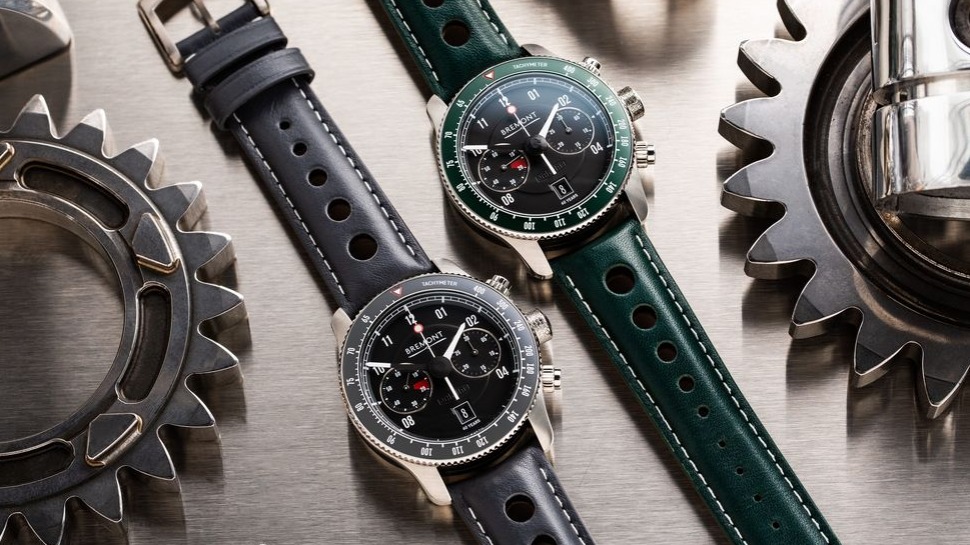 If you're a watch brand looking to do a tie-in with a car, then choosing what Enzo Ferrari called “the most beautiful car ever made” isn't a bad place to start.

Enzo's favorite car wasn’t a Ferrari. It was the Jaguar E-Type – launched at the Geneva Motor Show in 1961 and later endorsed by George Harrison, Frank Sinatra, and Sean Connery’s James Bond. Its 265 bhp, 3.8-liter straight-six engine gave it a top speed of over 150 mph and it came to embody all the aspirational glamour of the swinging Sixties, with a price tag of roughly half an Aston Martin, or a Ferrari.

The British watch brand Bremont has had ties with Jaguar since it created custom car clocks for the company in 2010 and 2011, including instruments for the Queen’s fleet of Jaguar cars, as well as a pocket watch for Prince Philip.

In 2014 it teamed up with Jaguar again at the Concours d’Elegance car show at Pebble Beach, where the car company announced plans to build six new lightweight E-type coupés, exactly as they would have been produced in the Sixties. (The original “Special GT E-type” project called for 18 cars to be built, though only 12 were actually finished. More than 50 years later, the challenge was taken up to hand-make the remaining six, using the original dormant serial numbers.)

To make the occasion Bremont offered a watch to each of the buyers of these six cars, signed with the individual serial and engine numbers on the dial. (If you’ve bought the car, you may as well stump up for the watch to go with it, eh?)

After that, Bremont introduced two watches into regular production, the MKI and the MKII, each based on the limited series and inspired by the car itself. They remain in its line-up today.

Now, to celebrate the 60th anniversary of the E-Type Bremont has developed a limited-edition box set. Each set includes one of the two different colored bezel chronographs, 60 pieces in green and 60 in grey, as well as Bremont’s first rally timer.

The rally timer integrates two mechanical instruments, a stopwatch with a tachymeter on the left, as well as a clock with sub-seconds on the right. Both are mounted on an engine-turned back-plate, which can be displayed on an elegant desktop stand or fitted into a car.

Each 43mm watch features a black dial inspired by the E-type’s instrument gauges, while the hour and minute hands replicate the car’s tachometer needle. The bezel and strap colors come from the pantones used on the continuation cars themselves – so-called “Flat Out Grey 9600 HP” and “Drop Everything Green ‘77RW roadster”. The winding crown is engraved with the pattern of the period-correct Dunlop racing tires fitted to the E-type.

For extra bragging rights, anyone who buys one of these 120 watches gets a trip to Jaguar’s Fen End facility where they can drive a selection of iconic E-types.

This time around, you can get the watch... and then drive the car. 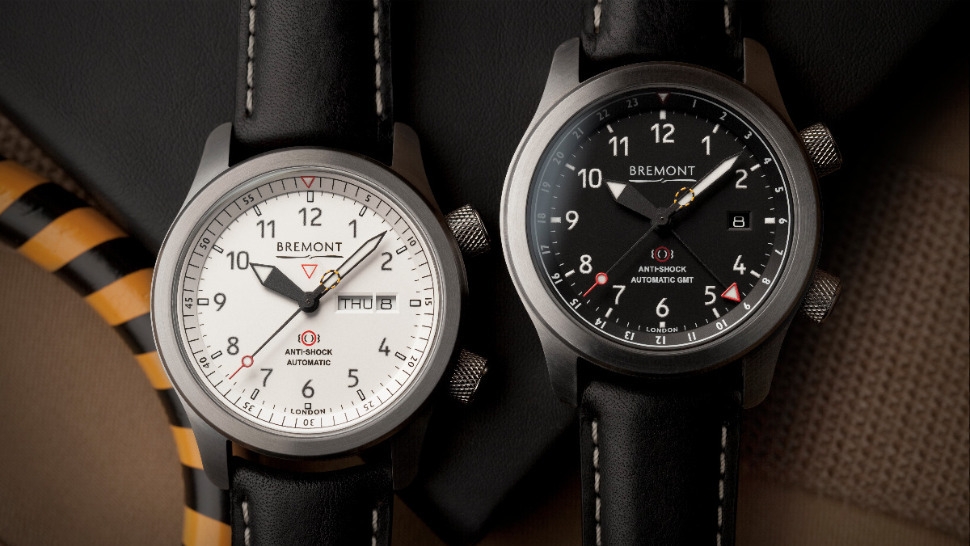 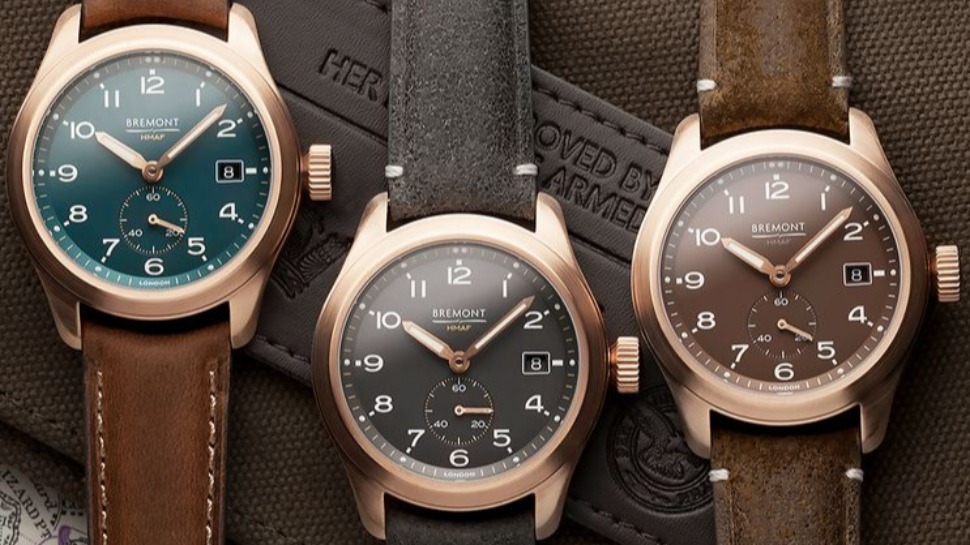 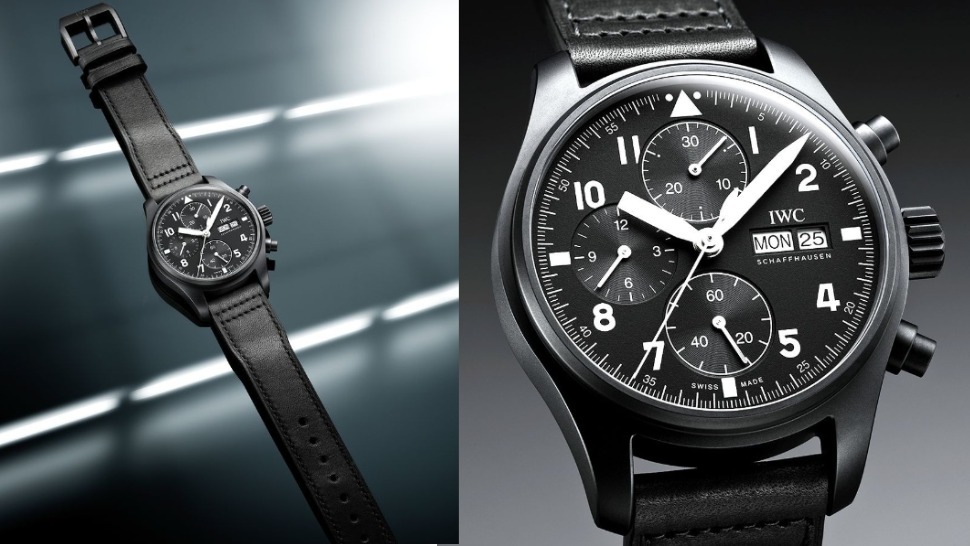 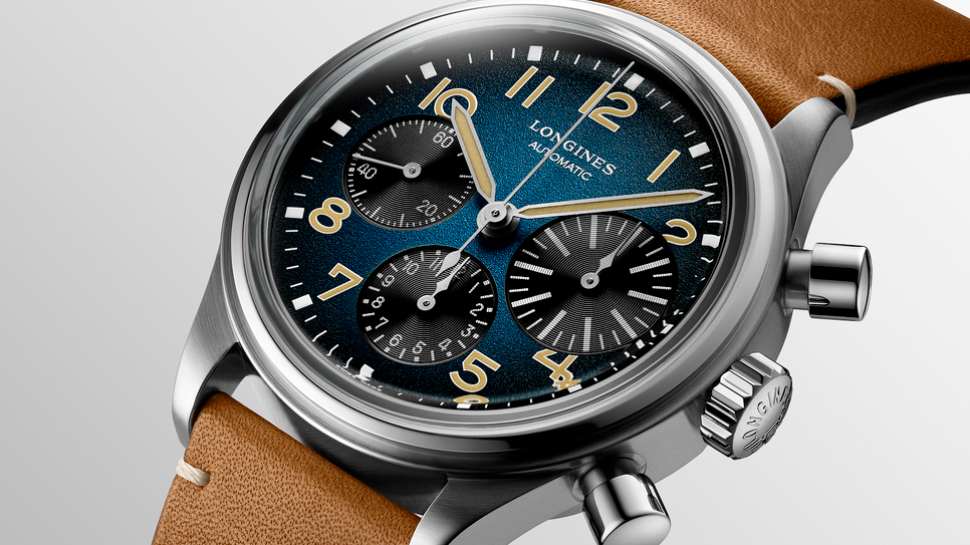 Where Did Longines' BigEye Come From? No One Knows
All Photos
Comments
View As List